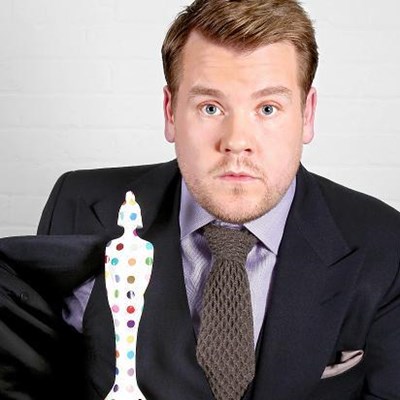 James Corden
ENTERTAINMENT NEWS - British actor James Corden will replace Craig Ferguson as host of "The Late Late Show" on CBS next year, part of a complete overhaul of the network's late-night talk show lineup put in motion by the impending retirement of David Letterman.

The network said Monday it had picked Corden, who won a Tony Award in 2012 for his role in the play "One Man, Two Guvnors" and appears in the movie "Begin Again" with Keira Knightley and Mark Ruffalo. Corden is also in the upcoming film "Into the Woods" with Meryl Streep and Johnny Depp. He hosts a sports-oriented game show in Britain, and also acts in and writes the BBC series "The Wrong Mans."

Ferguson has hosted "The Late Late Show," which airs at 12:35 a.m. ET, for 10 years. He said he would be leaving shortly after Letterman announced his retirement and he was passed over to be his successor, with Stephen Colbert getting that job sometime next year. Ferguson will leave the show in December, CBS said.

Corden's hiring recalls that of the Scottish-born Ferguson, who was relatively unknown in the United States before CBS gave him the job. Corden is also another white male in a late-night talk world dominated by them. CBS said it was considering several different options for a show when Ferguson said he was leaving; it offered no details on the type of program Corden will do, and also did not say where it will be based.

"I can't wait to get started, and will do my very best to make a show America will enjoy," Corden said.

CBS didn't say when his show will start. The timing all seems dependent on when Letterman exits "The Late Show" next year and when Colbert begins.