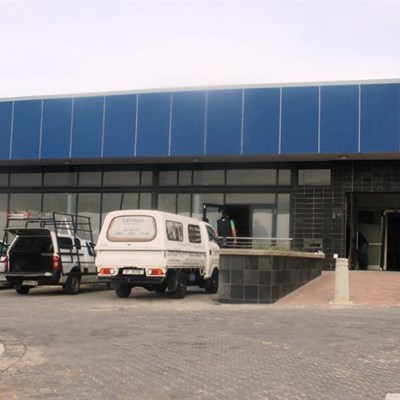 The SA Revenue Services has started its move from theYork Park building to its new address - a brand-new building near the Garden Route Mall. Photo: Alida de Beer.

GEORGE NEWS FLASH - The SA Revenue Services has started its move from theYork Park building to its new address - a brand-new building near the Garden Route Mall.

The offices at York Park are open till 15:00 this afternoon Friday 24 June, after which the big move of all computer and office equipment can start in earnest.
Information flyers are up at the old premises to redirect members of the public who arrive at the York Park offices to the new address.
Officials at the new premises were not allowed to comment during a visit of the George Herald this morning, but said they have been working all hours to prepare for the move, and it will continue at the weekend.

Some of the subcontractors and their workers were still on the premises to execute some final finishes.

Sars officials have to be online and fully operational again on Monday to be able to receive taxpayers at the new offices.

JC Joubert Building Contractors and the subcontractors completed the project in six months.
Click here for a previous article: SARS move upsets many in CBD
Read the latest here.