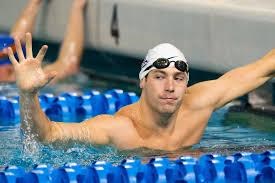 Brad Tandy has a place in the SA team to Doha.
NATIONAL NEWS - Three more swimmers qualified for the World Championships on day four of the South African Short Course Swimming Championships in Pietermaritzburg on Sunday.

It brings the total to 18 swimmers qualified for the World Championships scheduled to be held in Doha, in Qatar, in December.

Brad Tandy swam 21.55 seconds to qualify for Doha in the men's 50 metres freestyle.

In the men's 200m individual medley, US-based Michael Meyer raced to a personal best time of 1:56.94 to clock his second qualifier for the competition.

In the 200m backstoke for men, Stephanus Coetzer swam a qualifying time of 1:56.19. Coetzer added a second South African title to his name in his first competition on home soil.

In the men's 1500m freestyle Myles Brown won 14:51.66 well under the qualifying time, with Troyden Prinsloo behind in second with a time of 15:02.52 which was also inside the Doha requirement.

In the women's 50m freestyle, Lehesta Kemp raced inside the qualifying time of 25.30 seconds taking the title in 25.28.

In the women's 200m freestyle Karin Prinsloo stormed to victory and another qualifying time in 1:56.93.