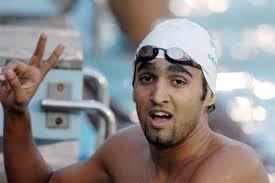 Sandeep Sejwal
INTERNATIONAL NEWS - Sandeep Sejwal won a rare swimming medal for India at the Asian Games on Friday, with his coach insisting that better facilities at home would have fetched him the gold.

Sejwal won the bronze in the 50m breaststroke with a time of 28.26secs, which was only the third Asiad medal in the pool by an Indian in the last 28 years.

Khajan Singh had won a silver in the 200m butterfly at Seoul in 1986 and Virdhawal Khade clinched a bronze in the 50m butterfly event in Guangzhou four years ago.

"Better facilities and technical support are needed, because without them it is hard to make a mark at the world level.

"In the whole of India there is just one swimming pool, in New Delhi, that has modern starting blocks which were introduced at the Beijing Olympics. Surely this is not enough."

The Delhi-based Sejwal, who trains at Ameen's academy in Bangalore, said he may have won the gold at Incheon if he had matched his personal best of under 28 seconds.

"It was a close race, so who knows I may have finished first and heard the national anthem at the pool," the 25-year-old said. "But I will not give up."

The event was won by Dmitriy Balandin of Kazakhstan in a new Games record timing of 27.78s. Japan's Yasuhiro Koseki clinched the bronze at 27.89s.

Sejwal, who was dropped for the London Olympics, said he had finally proved his detractors wrong.

"Maybe the swimming federation had their reasons for keeping me out of the Olympics, but now I have shown I can shine on the world stage," he said.

"Of course, the Olympics in 2016 are my aim. I just need to train harder and cut out the mistakes I may be making."