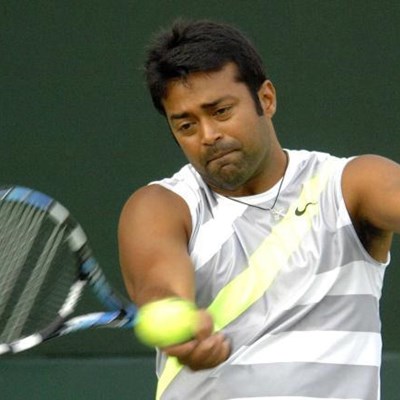 Leander Paes
INTERNATIONAL NEWS - Indian veteran Leander Paes has said he wants to retire from tennis on a career high by aiming for gold in Rio in 2016, 20 years after winning his first Olympic medal.

The 41-year-old doubles specialist said he wanted to follow in the footsteps of greats such as US basketballer Michael Jordan and Brazilian footballer Pele by calling time while still at the top of his game.

Paes, who is playing for his 21st year as a professional and whose performance has dipped in 2014, said doubles gold in Rio would be the perfect opportunity.

"That would give me a chance to go on a high from the game," Paes told the Press Trust of India (PTI) news agency in an interview published late Monday.

Paes was speaking after India's 3-2 loss to Serbia in the Davis Cup World Group play-off round held in the southern city of Bangalore.

Paes has won 14 doubles grand slams in total, eight in men's and six in mixed, but 2014 has not been his finest year.

He bowed out of the US Open in the third round after winning the title in 2013 with partner Radek Stepanek. And he lost in the quarter-finals at the Australian Open after clinching victory there in 2012.

Paes, who decided to skip the Asian Games that started this week in Incheon to focus on the ATP world tour, won bronze at the Atlanta Olympics in 1996.