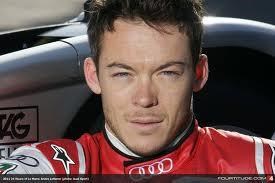 Andre Lotterer
INTERNATIONAL NEWS - Andre Lotterer may be twice as old as F1's latest teenage sensation Jos Verstappen but the 32-year-old intends to seize his opportunity this weekend when he takes over Kamui Kobayashi's Caterham seat at the Belgian Grand Prix.

"Sure, it came a little bit later than expected, but I cannot say I feel a worse driver at 32 than years ago!" said the three-time Le Mans winner.

"It's the opposite. I managed to get a lot of experience and feel much more confident over the years. Age is a number.

"I have been flat out racing all my life and I don't feel I have any problems with speed or any pains anywhere. I am taking the challenge."

Born in Germany, but brought up in Belgium, Lotterer, 32, has raced in the British and German F3 series before being named Jaguar's F1 test driver in 2002 on his way to his F1 race debut this Sunday.

He has also competed in the World Endurance Championship since 2012 and so arrives at Spa with the perfect package of experience to cope at one of his favourite circuits.

"I race Super Formula in Japan, very demanding and fast cars and I am still winning so why not?"

He added that he had sympathy for Japanese Kobayashi, but added "when I was younger I also had to watch other drivers take my seat or situations like this."