Son and Higgo shine for SA at Curro SA Juniors 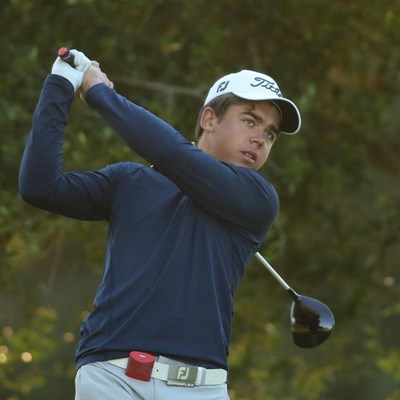 “I rocked up for the opening round expecting the wind and that’s what we got; a two-club south-easter that made life really tough on us,” said Son, the number one ranked junior amateur in the national rankings.

“I compounded matters somewhat by making silly mistakes, like on the last hole when I lined up a birdie putt to go one-under for the day and made bogey for a level-par 72. It’s these little things that can make or break you, but that’s golf for you.”

The 15-year-old Son also dropped a shot at the par-four second hole before rallying strongly with consecutive birdies on the two front-nine par fives to get into red figures.

She picked up at the fifth and sixth holes and then went even for the next three for an outward loop of one-under 35.

“I felt that my score could have been a little better at the halfway mark of I had not been so wayward with my ball-striking off the tee box,” said Son.

“Luckily my short game was working well and that saved me the blushes. It was about being more consistent over the remaining nine holes and aiming for a sub-par score.”

It didn’t quite pan out that way for the small-framed teenager, who lifted the Nomads WGWP Junior Championship title at the same venue in January.

She began the inward loop with a bogey at 10, dropped the 14th and three-putted at the 18th.

“A mixed bag for me,” Son said. “Four birdies and four bogeys about sums it up my day. Got the overnight lead, though, which is great. But I would have been far happier with a two-under score.

“That would have been ideal in such a quality field, but it was a tough day on the Jewel of the North.”

Chloe Royston from Cotswold Downs finished in second thanks to a decent one-over 73, while Crystal Beukes from Stellenbosch closed with a three-over 75 to join Catherine Lau from Woodhill, Norway’s Dorthea Forbrigd and Matilde Stenqvist from Sweden in third.

Sixteen-year-old Higgo from De Zalze will sleep on a two-shot lead after a fine five-under 67.

He fired from the get-go with a birdie-birdie start, but then surrendered the gains with back-to-back bogeys at the par-four third and fourth holes.

No sulky face on his dial and this enabled him to roar back with a second pair of consecutive birdies on the first set of par fives at the fifth and sixth holes.

“I was thinking 66 after that great start and then I mucked it up a bit with the bogeys,” said Higgo.

“Then the wind came along to add spice to the occasion. I’m just happy that I pitched up to play with a putter that played ball. I think I made 25 putts for the round, and that’s always a good thing if you want to win a tournament as big as this one is. I would just like to thank all the people that made this event possible for us juniors, it means so much to us.”

After closing out the next four holes in level-par, Higgo found distance off the par-five 11th tee with a huge drive and then opted for the same club in a bid to reach the green in two.

He duly obliged, setting up an eagle attempt. His first putt missed, but made no mistake with the second which gave him birdie and moved him to three-under-par. He then cashed in with two more birdies at 15 and 16 to move clear of the field.

“I used the driver off the tee most of the times and that’s how I’m going to do things in the second round. No holding back for me. I just have to go for it and see where it takes me,” said Higgo

“It was a fun day all round. I played alongside Will Porter from Scotland and Timo Vahlenkamp from Spain, who both play for their national sides,” he added.

“It was a real test for me versus their skill sets and I think I did okay.”

Said 16-year-old Otten of his experience so far: “Every time it is a new challenge in another land far away from home. You meet new friends and it is a game and we are all trying to win.

“The assignment for us foreigners is a huge and difficult one but not an impossible one. But what a great tournament to be part of.

“For me, a good day at the office. I made lots of birdies (five) and some holes not so nice. The wind was a big factor; this breeze we played in is a lot stronger than what we get at home. So it was a real test of abilities and I was okay with my 70 score.

“Now to be a tad more careful with the approach, the mind-set and all the other little things that one has to manage in order to be in contention come the third and final round on Thursday. I’m just hoping my name is on the front page of the leaderboard.”

GIRLS – ROUND ONE SCORES

BOYS – ROUND ONE SCORES

Read more about: Son and Higgo shine for SA at Curro SA Juniors