GolfRSA Proteas on the move abroad

The South African team finished in joint 12th on 12-under alongside Chinese Taipei when action wrapped up in the second round at Whispering Pines Golf Club.

Martin Vorster and Sam Simpson’s rounds of 65 and 66 kept the South African pair in the four-way tie for second with Australia, New Zealand and the United States on 13-under-par 131 in the Men’s Team Competition.

Zethu Myeki and Symone Henriques carded one-under-par 70 to finish on one-over 145 in the Women’s Team Competition.

Jack Trent fired 10 birdies and an eagle over 36 holes to lead the Men’s Individual Par-Breaker Competition. Vorster matched his five birdie tally on day one to tie for fifth on 10, with Simpson in joint eighth with nine birdies.

“For a second day running, the boys were on fire and positioned themselves nicely on moving day to be in contention for top Men’s Team honours,” said South African Golf Association President Naadir Agherdien. “They once again drove the ball well and putted nicely and it’s great to have both of them also contesting in the individual competition.

“The girls delivered a much better performance in the cold, wet conditions. Zethu and Symone were actually two-under playing the last, but unfortunately bogeyed the hole for the second day. This dropped them to the bottom of the women's team log, but they are committed to getting off that position in today’s final round.”

Myeki pencilled a trio of birdies on her card and was overjoyed with a much better tee-to-green performance after a battling first round.

“I was striking the ball so much better and Symone and I combined better, as well,” said the GolfRSA Elite Squad member. “When she made a mistake I was there to save her and vice versa. I missed so many greens in the first round, and barely missed a green in the second. I made three good birdie putts and two others lipped out.

“We were very disappointed to bogey the last hole and we will go all out to improve our position in the final round. We focussed on keeping the ball in play in the second round, so that will be the game plan today.”

De Beer went out in one-over after a bogey on the par-four second, but an eagle on the par five 14th and a birdie finish netted the Port Elizabeth golfer a two-under-par 70 that propelled him upwards to joint 24th on five-over. 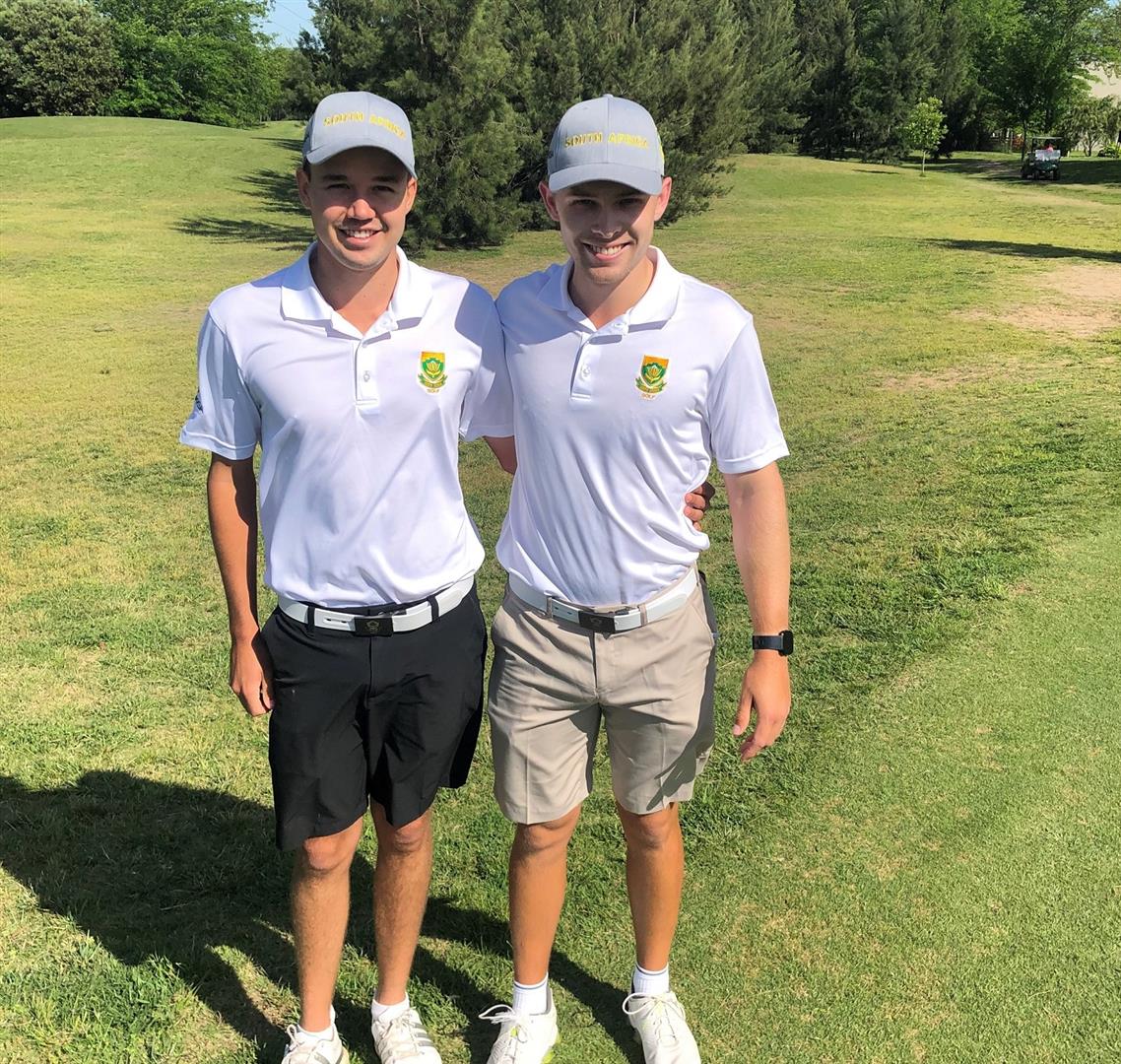 “I sank a few putts and made some good up-and-downs and I’m just so pleased to finally post a sub-par round on this tour to Argentina,” said the Eastern Province golfer.

“We teed off in quite breezy conditions, which took the sting out of the heat. The highlights were definitely the eagle and birdie on the back nine. I hit a great drive down the middle and sand-wedge in to 10 feet on 14 and I drained a 30-footer for birdie on the last.

“To be honest, I hit it very average and kind of had to grind my way around, but once I got on or around the greens, I was pretty good. That keep my round ticking over. I’m obviously stoked, because I never managed to break in the Juan Carlos Tailhade Cup. Looking forward to another good round on Saturday.”

Fellow GolfRSA National Squad member Luca Filippi went the other way and slipped from joint fourth to a tie for 12th on even-par. The Milnerton golfer had a brace of birdies on the fifth and sixth holes, but bogey on eight, a triple on the ninth and a double bogey on 13 saw him sign for 76.