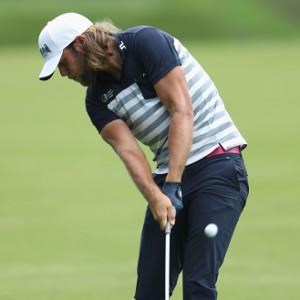 Johan Carlsson.
GOLFING NEWS - Little-known Swede Johan Carlsson took full advantage of the new improved greens at Wentworth by firing a pacesetting six-under 66 in the first round of the $7 million BMW PGA Championship on Thursday.

The 30-year-old picked up five strokes in a blistering outward half of 30 before three back-nine birdies were partially offset by bogeys at the 10th and 18th.

While Carlsson was flying high at the top of the leaderboard, world No 9 Justin Rose had to settle for a 72 and fellow Englishman Ian Poulter ballooned to a 76.

The fifth-ranked Henrik Stenson was handily placed on 68, one behind Italy's Francesco Molinari, Kiradech Aphibarnrat of Thailand and Scott Jamieson of Scotland.
Read more on SuperSport.