Eden Modern Pentathlon (MPA) hosted the event with the generous support of the sponsors, Hisense, the Department of Culture, Arts and Sport (DCAS), the House of Aloes and Sportsman's Warehouse.

The rules were strictly applied according to the UIPM regulations and events took place on time as indicated on the programme.

All the athletes and parents could travel back to WP, Cape Winelands and their homes in the Eden district just after 13:00.

n Laser-Run combines running and shooting in fast-paced and dynamic races, including four rounds of laser pistol shooting from a 5 to 10m distance and four sprints of 400 / 800 metres.

Athletes have to hit a target five times before they may run. 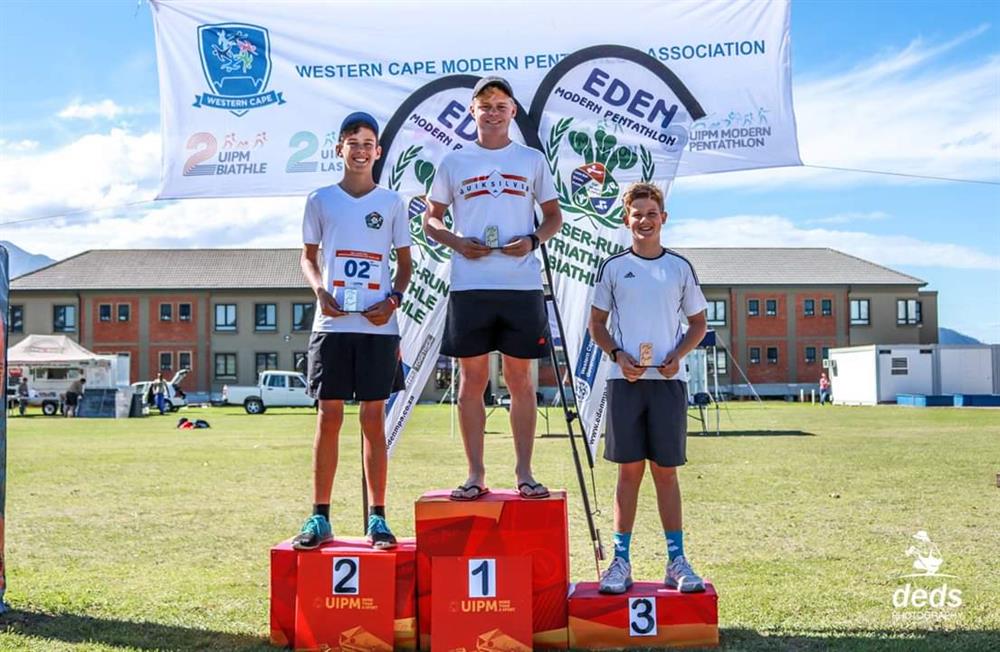 The winners in the boys u.17 category were, from left: Stef Schoeman (2nd), Alexander Smith (1st) and Marcus Kleynhans (3rd).