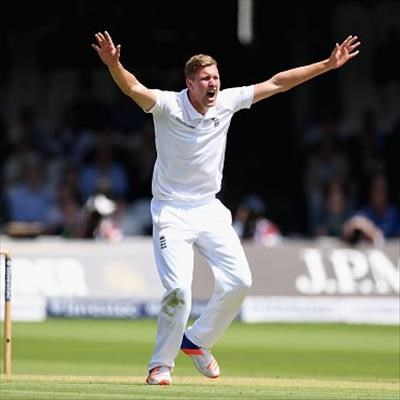 CRICKET NEWS - England pace bowler Jake Ball has sent an injury scare through his team in their Ashes run-up after injuring his ankle during their game against a Cricket Australia XI in Adelaide on Thursday.

Ball bowled just four balls of his fourth over before he limped off Adelaide Oval, where the tourists are playing a pink ball match in preparation for the five-test series, which begins at the Gabba in Brisbane on 23 November.

The 26-year-old Ball collapsed in his delivery stride after he twisted his right ankle. He received treatment on the field and was able to walk off the field unassisted, but was limping.