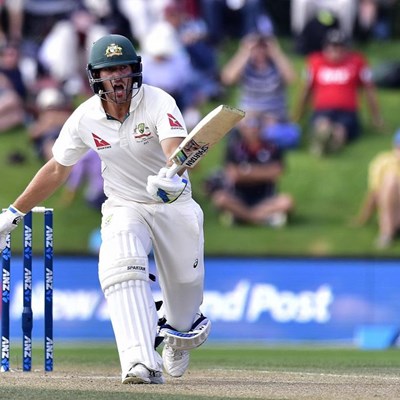 Smith expects fast bowler Jackson Bird, recalled for the last test against South Africa, to hold his place in the 11, meaning debutant paceman Chadd Sayers could edge out spinner Nathan Lyon for the match starting at the Gabba on Thursday.

"We want to have another look at the wicket today... to determine how much grass is on the wicket and things like that," Smith told reporters in Brisbane at the pre-match media conference on Wednesday.

"Jackson will probably play, he played the last game and played pretty well so I dare say he will play."

The Gabba wicket, which traditionally offers pace and bounce, had a layer of grass on the eve of the venue's first day-night test.

Cloudy conditions are also forecast at the end of the week which could make the pink ball swing as both sides hope to eke out an early advantage in the three-test series.

Curator Kevin Mitchell suggested the match might not last the full five days if the weather was humid.

"It's not beyond the realms of possibility," he told reporters.
Read more on SuperSport