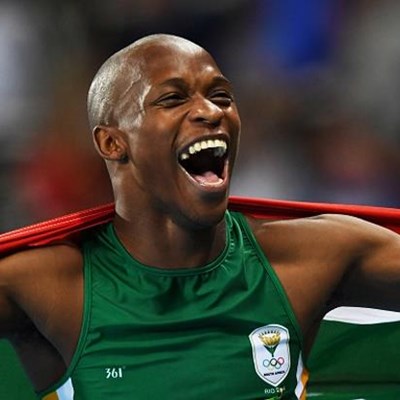 Luvo Manyonga
ATHLETICS NEWS - By winning yesterday at the Fanny Blankers Koen Games in Hengelo, Luvo Manyonga emulated the performances of Carl Lewis, one of the legends of international athletics.

The Tuks-athlete won with a jump of 8.62cm, which is just three centimetres short of his South African record.

More important is the fact that it was the fourth time this season that Manyonga won jumping 8.60m or more. Lewis was the last athlete to do so. He did so in 1987. However, in his fourth competition, the American was aided by a wind from behind.

“Luvo is so far averaging 8.59m when competing,” said a proud Neil Cornelius who coaches him at Tuks.

Cornelius ascribes the slight “relapse” in the middle of his series to the fact that Manyonga flourishes under pressure.

“The reason why he managed to jump 8.62m with his last attempt was that the other athletes were upping their act starting to jump further which motivated him. I have no doubt that Luvo is capable of jumping much further. It is a case of the better his rivals perform the better he will do. That really big jump is definitely going to happen.”