Buy strategically and protect your future 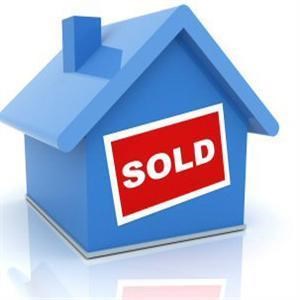 PROPERTY NEWS - If there's one area in which the saying "go big or go home" should definitely not apply, it's the residential property market.

"It's never a good idea for property buyers to stretch themselves to their financial limits to buy a property, and that is especially the case at the moment when consumers are facing ongoing and sizeable hikes in the cost of fuel, food and utilities, not to mention the possibility of further interest rate increases later this year," says Barry Everitt.

"Buyers really must leave themselves some room to manoeuvre if and when these increases materialise,or they are very likely to find themselves unable to meet all their financial obligations and at risk of losing the home they have worked so hard to acquire.

"Indeed, we suggest that buyers should be targeting properties at the moment that cost at least 25% less than the maximum bond they would qualify for - a move that also makes it easier to qualify for a home loan."

Having said that,Everitt adds that it is also not a good idea for first-time buyers to put off the purchase of a property until they can afford something grand. "The market has passed the bottom of the cycle and is on an upward path at the moment, which means that homes are just going to get more and more expensive and that it is going to get harder to qualify for finance, especially if the expected interest rate increases do materialise.

"They should thus be looking to get a foothold in the market as soon as possible, in the best area they can afford, even if they have to buy a much smaller home than they originally planned.

The additional advantages of "buying smaller", he says, include the fact that maintenance and running costs are likely to be much lower, giving owners even more leeway to cope with rising inflation, and that the lower monthly bond instalments give owners the choice of paying more than the minimum required each month.

"And it is a well-known fact that paying even a modest additional amount off your home loan every month will cut the repayment period by years, and save an impressive amount of interest. It will also, it must be said, enable you to realise a much bigger profit on the sale of your small property and facilitate a quicker upgrade if that is what you want."