No use in lowering toll fees: JPSA 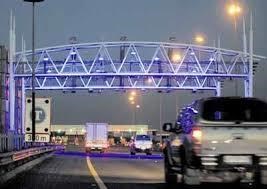 "Although it may be believed by the panel and provincial government that a reduced e-tolls cap will lead to a buy-in on e-tolling by motorists, JPSA believes that this will have little effect on the current feelings citizens of Gauteng have towards ring fencing of our major routes around Johannesburg, Tshwane and Ekurhuleni and there remains little real chance of public acceptance of e-tolling," said JPSA chairman Howard Dembovsky.

He was responding to Gauteng premier David Makhura's release of the findings and recommendations made by a panel set up on July 17 to examine the economic and social impact of the Gauteng Freeway Improvement Project and the e-tolling system set up to fund it.

Dembovsky said the panel had given several recommendations but scrapping the tolls was not one of them.

"Although it is clear from this summary that the fuel levy has not been entirely ignored for future phases of the GFIP, it is equally clear that the hybrid model of funding for the current GFIP seeks to retain e-tolling as a prominent component, despite its gross inefficiencies and enormous unpopularity among the citizens of Gauteng," he said.

Since the panel did not support a provincial fuel levy, Dembovsky said this could only mean that it proposed that funding of the GFIP should largely continue to be sought from e-tolling.

Meanwhile, the SA National Roads Agency Limited said it would implement the final outcomes resulting from the e-toll advisory panel and the upcoming consultation processes.

"Sanral will be informed about the outcomes of the deliberations via the minister of transport," said spokesman Vusi Mona.

"We will then implement what has been decided should be the way forward," he said.