Gauteng school reopens despite 82 staff members being in quarantine

According to Roy Mkhonza, chairperson of the SGB, the principal was informed of the positive case on 31 May.

Thato Mogoba was among those who assisted with taking the learners' temperatures before they entered the school premises.

NATIONAL NEWS - Norkem Park High School’s 82 staff members (including 63 teachers as well as the grounds staff) are in quarantine and were unable to report for work on the re-opening of schools on Monday.

Their 14-day quarantine period, which commenced on 1 June, is due to one of the teachers having tested positive for Covid-19.

As a result, the Grade 12 learners were welcomed back to school by members of the department of education and members of the school governing body (SGB).

According to Roy Mkhonza, chairperson of the SGB, the principal was informed of the positive case on 31 May.

“The principal was notified that a male teacher tested positive for Covid-19 on 31 May. This was alarming because staff were at the school during the last week of May to help prepare the school for re-opening,” said Mkhonza.

Mkhonza said all staff members who were in contact with the teacher were tested last week.

“The principal sent out a message and all staff members had to report to the school for testing. Members of Birchleigh North Clinic assisted with the testing.

“More than half of the staff have received their results back, which were negative. The school facilities had already been cleaned prior to the positive case and Dinare Cleaning Services were called again to deep-clean, disinfect and sanitise the premises again.” 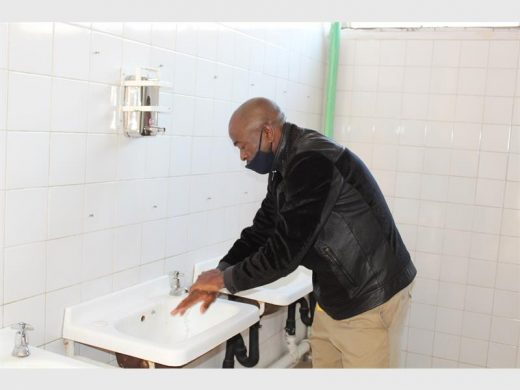 The school’s school governing body chairperson Roy Mkhonza was among those present to help facilitate the re-opening of the school. He is seen washing his hands in one of the toilets that were deep-cleaned, sanitised and disinfected.

Mkhonza said the teachers were expected to return to work on 15 June. He also said the department would run the school for the entire week until the staff return.

Although all learners wore their own masks, they were also issued new masks. 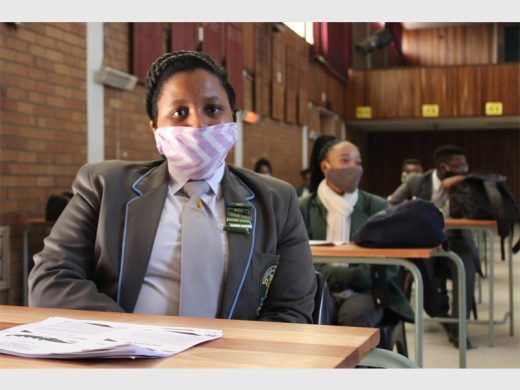 Karabo Monokoane was among those who asked questions during the orientation period where the new rules and regulations of learning while observing Covid-19 regulations were addressed.

The screening procedure will be done every day. There is also an isolation room and a nurse adopted to assist should there be a need.

Liquid soap can also be found in the toilets. The classrooms were divided into blocks and during breaks, learners are to stay in their respective blocks.

The new rules and regulations were relayed to learners through orientation periods.

From 10 June, school hours have been extended to 16:00 instead of 14.30pm to catch up and complete the academic year.