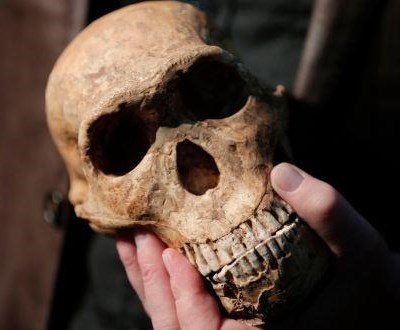 The fossil of a near human relative.
NATIONAL NEWS - An exhibit of the largest collection of fossils of close human relatives ever to go on public display opened on Thursday in South Africa, not far from the caves where they were unearthed.

Launched on Africa Day in an area named “The Cradle of Humankind,” the exhibit coincides with the publication of a controversial paper that questions the widely-held view that humanity’s evolutionary roots lay in Africa.

The displays contain more than 1,000 original fragments of Homo naledi, named in 2015 after a cache of its fossils was discovered in caves near the Sterkfontein and Swartkrans dig sites about 40km north-west of Johannesburg.
Initially believed to be about 2.5 million years old, subsequent dating showed Homo naledi was roaming the African bush between 236,000 and 335,000 years ago, around the time that modern humans were emerging.
Read more on Eyewitness News.