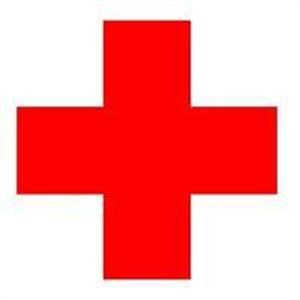 NATIONAL NEWS - Cash-strapped Swaziland's state hospitals have only two months' supplies of AIDS drugs, the country's health minister has told parliament in an assessment that AIDS patients and activists took as a death sentence.

State media on Tuesday quoted Health Minister Benedict Xaba as making the remarks to parliament a day before. He blamed the country's economic crisis, linked to a drop in customs revenues amid a worldwide recession.

More than 60,000 Swazis depend on anti-retroviral AIDS drugs, known as ARVs, distributed free at government hospitals.

Swaziland, with a population of about 1 million, has the world's highest percentage of people living with the virus that causes AIDS. More than a quarter of Swazis between the ages of 15 and 49 are believe to carry HIV.

Swaziland is seeking international loans to cope with its budget crisis. Xaba says AIDS patients should not lose hope, but news of dwindling drug supplies has worried patients.

Without AIDS drugs, "we shall die," said Patrick Mngometulu, an AIDS patient who has been on government-supplied drugs since 2003.

"Mothers who take ARVs will be worse affected. ARVs help children not to get HIV infection from their mothers. So if mothers stop taking the ARVs their children are in danger. We lose hope, and the situation will decrease productivity of the infected," Mngometulu said.

Thembi Nkambule, director of the Swaziland National Network of People Living with HIV and AIDS, said the government has made strides in combating AIDS, moving from 15,000 people on ARVs in 2005 to 60,000 today. But now, she fears gains will be lost.

"Swazis will die in numbers. Hope will be lost," Nkambule said.

A pro-democracy movement in Swaziland, southern Africa's last absolute monarchy, has gained some ground since the government announced in March its plan to freeze civil service salaries and sell off state-run companies. But the government has cracked down hard on protests, and reformists have had to contend with reverence for the monarchy among many Swazis.

Activists have criticized King Mswati III of living lavishly while most Swazis live in poverty, and of harassing and jailing pro-democracy activists.