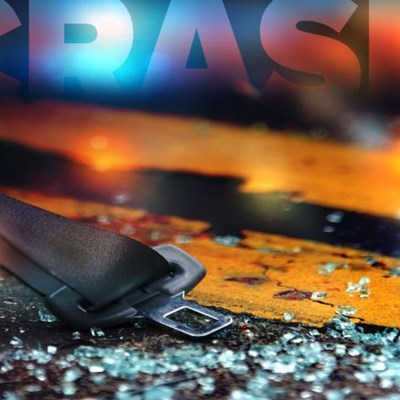 Generic image.
SOUTHERN CAPE NEWS - A preliminary report from Western Cape Provincial Traffic Services indicates that 21 road users died on the province's roads over last weekend.
This includes two drivers and three passengers who died in a head-on collision on the N2 near Riviersonderend. In another unfortunate incident in Vredenburg, a provincial traffic officer lost her life in a collision. Provincial traffic officers arrested 20 motorists for allegedly driving under the influence of alcohol on 31 March and 1 April 2017.
Seven were arrested in the George service area; five in Caledon; two in Brackenfell; two in Somerset West; two in Mossel Bay; one in Swellendam; and one in Knysna.
Breath testing was performed on 1 113 drivers at 22 alcohol blitz roadblocks across the province. The highest breath alcohol reading was recorded in the Brackenfell service area. At 0,99 mg of alcohol/ 1 000 ml of breath, this is over four times the legal limit of 0,24 mg/ 1 000 ml.
A total of 61 speeding offences were recorded. A total of 157 fines in the amount of R235 800 were issued for a variety of reasons, ranging from driver offences to vehicle fitness violations.
The highest speeds recorded in each traffic service area were: 150 km/h in a 120 km/h zone in the Beaufort West service area; 151 km/h in a 100 km/h zone in the Oudtshoorn service area; and 98 km/h in an 80 km/h zone in the Vredenburg service area.
Details of road fatalities
Saturday, 1 April - Riviersonderend, 3 passengers, 2 drivers; - Vredenburg; 1 driver; - Ceres, 1 driver, 1 passenger; - N2 near Cape Town International Airport, 1 pedestrian; - R62 Montagu, 1 pedestrian; - Knysna, 2 drivers, 1 passenger and Mossel Bay, 1 pedestrian.
Sunday, 2 April - Rawsonville, 1 driver; - N7 Potsdam, 1 pedestrian; - N2 Dassiesfontein area, Caledon, 3 passengers. 1 driver.
Monday, 3 April - Springvel, Knysna, 1 pedestrian.
With the Easter weekend fast approaching, they urge the public to assist us to create safer roads. "The fewer incidents on our roads, the more quickly our response agencies can attend to emergencies. We cannot ensure road safety alone. All of us have a role to play," says Jacques Mostert (spokesperson: Provincial Traffic).
'We bring you the latest Garden Route, Klein Karoo, Hessequa news'