YAMAHA has announced the introduction of three new models that have made their way to local shores. One is an adventure bike that comes in two variants, the other a naked machine and the third is a practical commuter scooter. 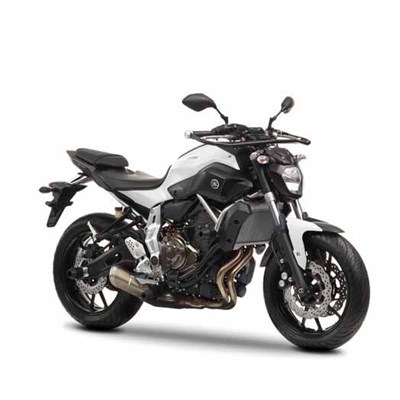 The first comes from the MT(Masters of Torque) range - which we were introduced to by the MT-09 last year - and is called the MT-07. This naked machine is powered by a 689cc twin-cylinder motor that produces 68Nm of torque and weighs in at 163kg dry.The Yamaha MT-07 will retail for R95 000.

The second machine is the iconic Super Ténéré, which benefits from a few upgrades to both the engine and chassis. The engine changes include enlarged intake and exhaust ports, a revised camshaft and a new exhaust system that provides a slight increase in power (now 82kW/117Nm) along with better rideability and an improved engine character. There has also been subtle transmission upgrades like new rubber shock absorbers in the clutch assembly as well as an improved drive shaft with a better damper design.

Changes have also been made to the D-Mode mapping system. Software changes have resulted in a more enjoyable and desirable engine running character in theT (town) and S (sport) modes. There is also a new LCD instrumentation that includes a gear position indicator.Cruise Control is now also a standard feature.

Perhaps the most exciting aspect of the new Super Ténéré is the introduction of the XT1200ZE model, which adds a host of features to the standard XT1200Z model, such as an electronic suspension system. The new system is operated by a multi-function handlebar switch and allows the rider to select from four preload and three damping force settings to give 12 main options.

The final model is the TMax maxi scooter, which is powered by a 530cc two-cylinder engine coupled with an automatic transmission. It also features ABS brakes, best-in-class acceleration figures, a storage compartment for a helmet as well as a glovebox. The price for the TMax scooter has dropped to R96 000.