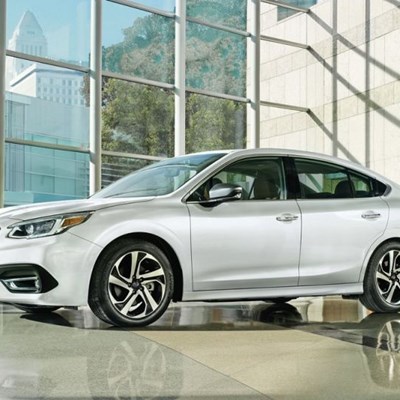 The latest model after the Forester, XV, Impreza and Ascent to switch to Subaru’s Global Platform architecture, the Legacy is said to be 70% stiffer in both torsional and front-suspension rigidity than before, with a more extensive use of high-strength tensile steel contributing to a 13% gain in overall stiffness.

Boasting a lower centre of gravity than the outgoing model, the newcomer measures 4 840mm in overall length with a wheelbase of 2 750mm, height of 1 500mm and width of 1 840mm, with the sole difference being the former that has grown by 40mm, which translates to a boot space of 427-litres and a longer, 36mm floor.

Inside, the changes are more extensive with the biggest being the new 11.6-inch Starlink touchscreen infotainment system that comes with Apple CarPlay and Android Auto. A standard fixture on the Premium, Sport and Limited trim levels with navigation being optional and standard on the top-spec Touring XT, the system also serves as display for the reverse camera and further comes with Wi-Fi and a concierge service. 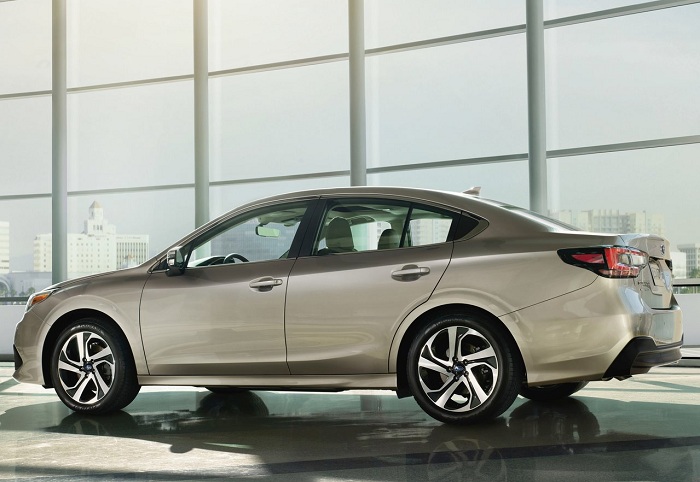 Also reserved for the Limited and Touring XT are front and rear seat heaters, the former pair also featuring 10-way electric adjustability, up to four USB ports and for the Touring XT only, ventilated front chairs, a heated steering wheel and an optional 12-speaker Harman Kardon sound system.

On the safety front, all Legacy models come equipped with the EyeSight range of driver assistance systems as standard, boosted further by a model first Lane Centring Function. While Adaptive Cruise Control is carried over, a new Distraction Mitigation System that uses a camera to scan the face of driver and recognises when he/she doses off, can be had as an option on the Limited in addition to being standard on the Touring XT. 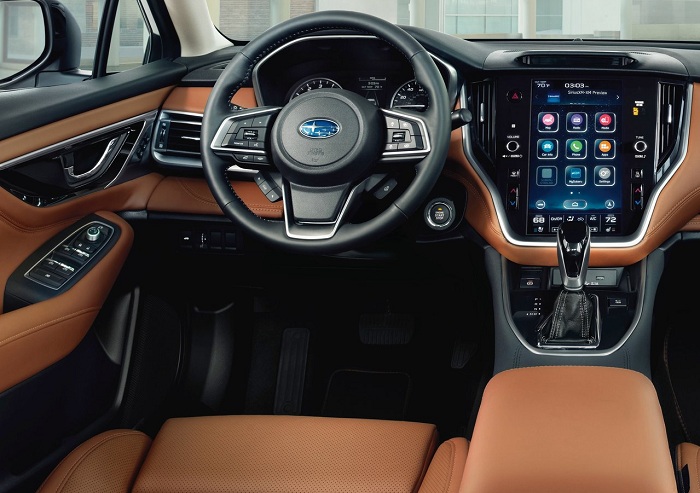 Up front, Subaru has made more than a minor change with the Legacy retaining the 136kW/239Nm normally aspirated 2.5-litre flat-four Boxer engine, albeit with 90% of its components being new, but replacing the previous 3.6-litre flat-six for the same 2.4-litre turbo flat-four that does duty in the Ascent.

Producing 191kW/376Nm, the new motor allows the Legacy to go from 0-60mph (96km/h) in 6.1 seconds, while the 2.5 will complete the benchmark sprint in 8.4 seconds. As ever, both motors are teamed to a CVT with Subaru’s Symmetrical All-Wheel Drive system sending the amount of twist to all four wheels.

Heading on sale in the United States sometime during the third quarter, the Legacy will be offered in six trim levels; base, Premium, Sport, Limited, Limited XT and Touring XT with pricing to be confirmed at a later stage. No word on South African availability has yet been made.