The age-old saying of “actions speak louder than words” likely rates as the last thing many think about when it comes to cars, as the need to be different from a competitor often outweighs convention. 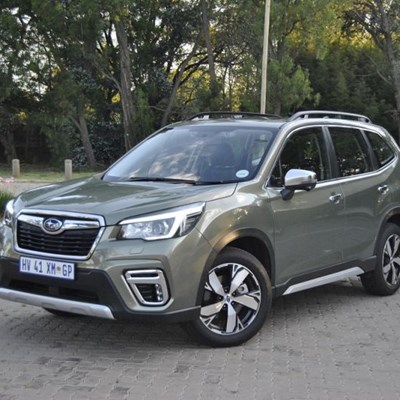 For Subaru, this approach has changed in recent years with the marque having moved away from the iconic Impreza and its WRX and WRX STI offshoots, to more mainstream, family-focused offerings such as the Forester and XV.

It has however been the former that has emerged as the biggest success story for the Tokyo automaker in recent years, with the unveiling of the fifth generation at the New York Auto Show last year serving as a clean slate for a marque wanting its strongest seller to be more than just a left-field segment option. 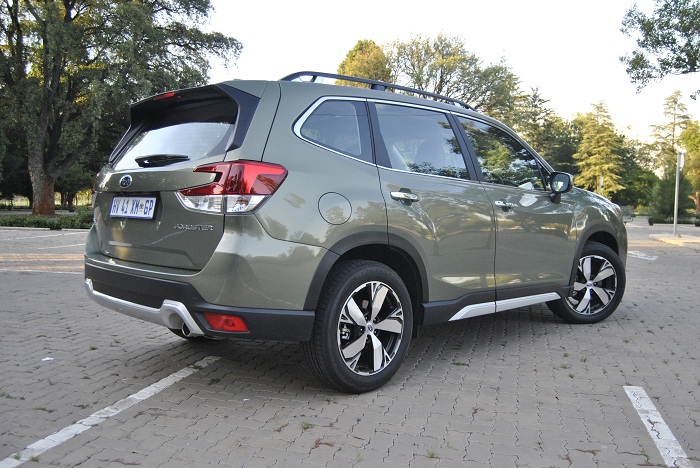 Riding on a brand-new platform and loaded with more equipment than ever before, the recent arrival of a Jasper Green Metallic Forester i-S ES at the Autodealer office was met with initial praise from yours truly, as, on first glance, it still exhibited a macho image not ordinarily expected from a vehicle of this type. 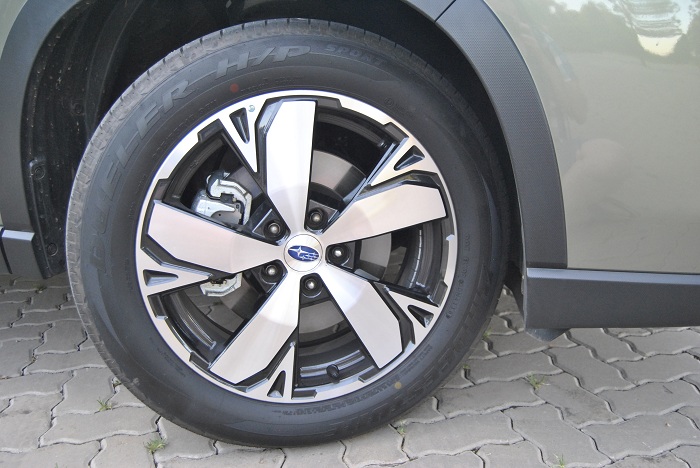 More controversial though is the new taillight clusters that cuts into a noticeably flatter electric bootlid, though this comes a departure from the somewhat nondescript looking facia that adorned the previous model.

Premium and roomy inside 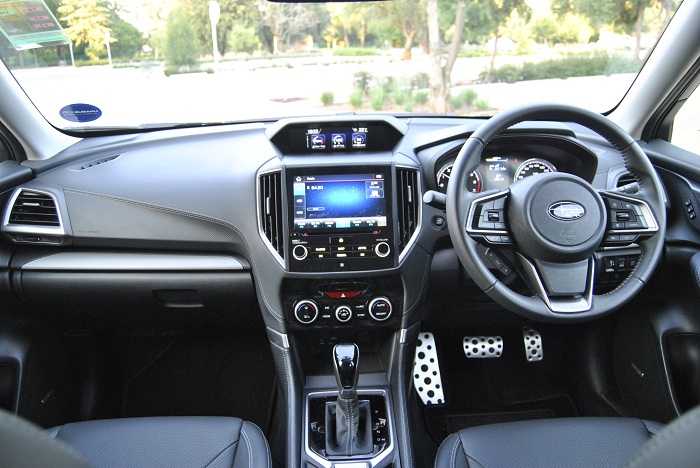 Like its exterior, the Forester’s interior is more of a small step for man than a giant leap for mankind, yet it feels solid and well-built as has been Subaru’s premium mantra in recent years, with soft-touch materials used on most surfaces, backed-up with a good helping of gloss-black inserts, faux-aluminium trim and stitched leather.

That said, there are still a few issues in that the pretend-metal strip just above the glovebox feels noticeably cheap to the touch, with the same applying to the buttons on the Impreza-sourced multi-function steering wheel and the imitation carbon-fibre trim around the door handles.

When tech, space and safety excel 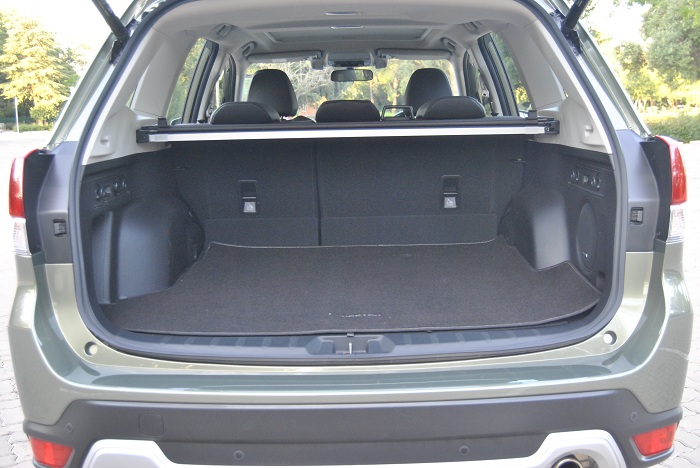 There is little to complain though about the eight-inch StarLink touchscreen infotainment system, which still rates as one of the easiest and user-friendly systems to use with features such as Apple CarPlay, Android Auto, Bluetooth, satellite navigation and dual USB ports integrated into the storage slot underneath the climate control panel. Sound comes courtesy of a fantastic eight-speaker Harman Kardon system. 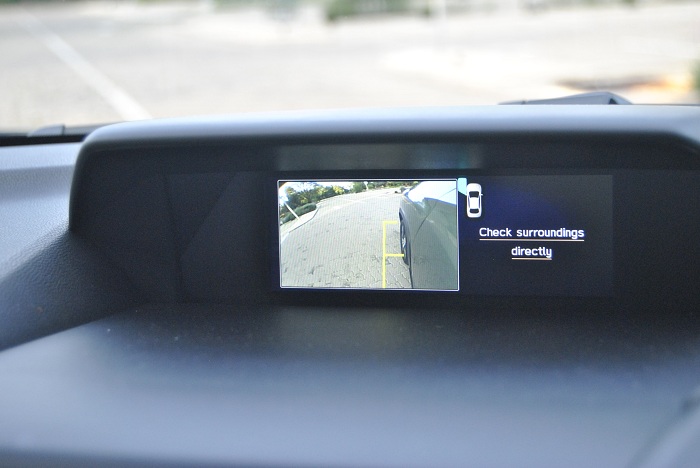 A highlight of the i-S ES, which serves as the flagship Forester model, is the auxiliary display on top of the dashboard which, apart from providing information such as the outside temperature, vehicle angle, torque delivery and average speed to name but a few, displays a side camera mounted underneath the left mirror to ease parking entry/exit. 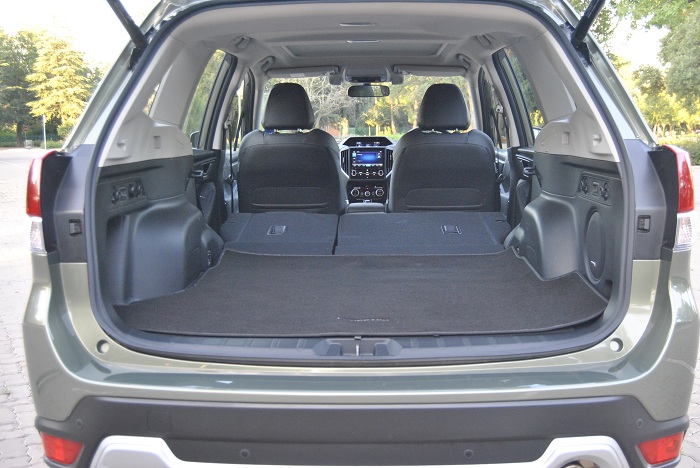 Now underpinned by the Subaru’s new Global Platform, the Forester measures 35mm longer than its predecessor, which translates to a 40-litre gain in boot space with 520-litres available with all five seats up and 1 060-litres with the second row folded flat thanks to the one-touch flip-forward switch located on the boot wall. In spite of the dual panoramic sunroof, head and leg room is still impressive with a further boon being two USB ports for those seated in the rear. 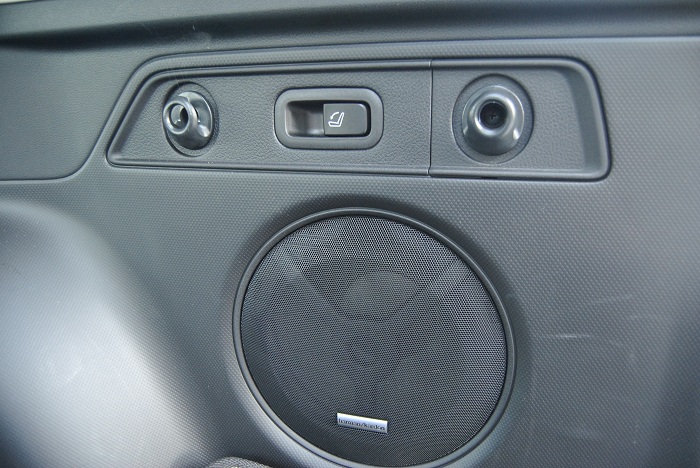 Drivetrain is anything but thrill seeking

In practice, it still rates as the slickest and most intuitive on the market today, which, unfortunately, is less than can be said of the mono-drivetrain option Subaru now offers; a normally aspirated 2.0-litre flat-four Boxer petrol that makes 115kW/196Nm and which is teamed to a Lineartronic CVT. 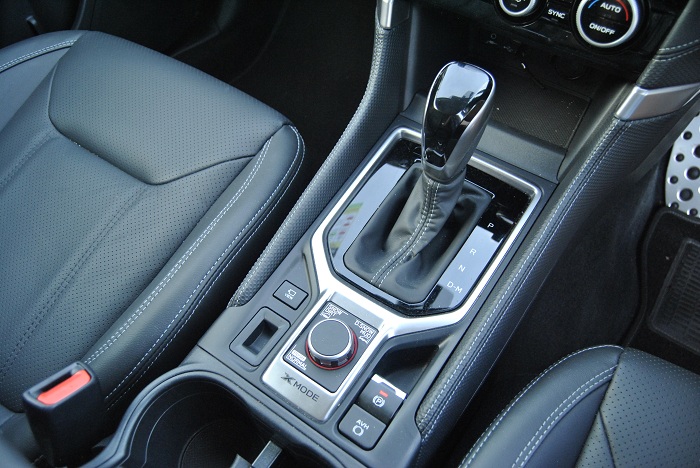 As effortless as the setup is in the everyday commute, it starts to annoy when you exercise your right foot, in that the CVT goes on its characteristic droning spree in an attempt to keep the four-pot on the boil. It makes for a disappointing combination not improved by using the shift paddles, which results in a jerk response even with the ‘box in manual mode and the SI-Drive mode selector switched from Intelligent to Sport. 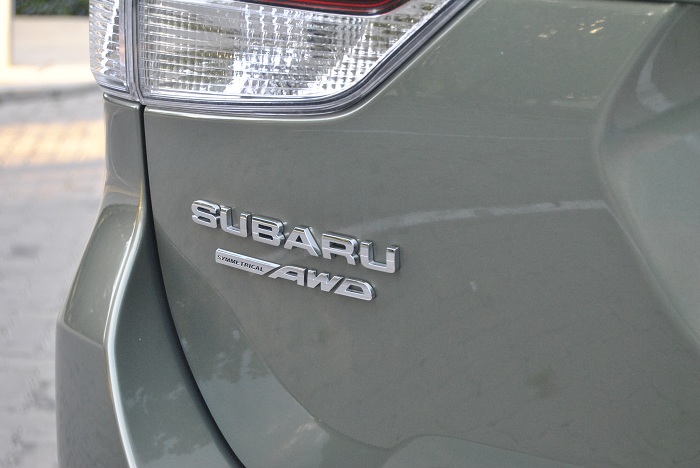 In terms of consumption, the seven days and just over 600 comfortable kilometres spend with the Forester returned a best of 8.5-litres/100km, well off the claimed 7.6-litres/100km. A bonus for buyers keen to exploit its off-road talents is the X-Mode system that comes with four modes; Dirt, Sand, Snow and Mud and impressive ground clearance of 220mm. 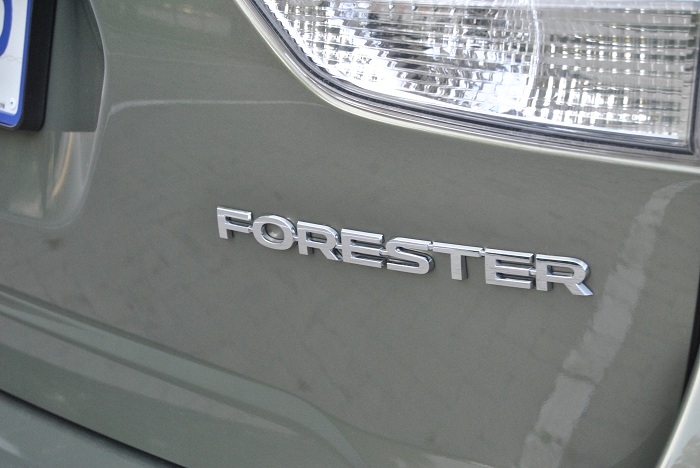 It is an open secret that taking on the established players in the compact SUV segment takes a big effort and one which Subaru has mostly pulled off with the new Forester. Let down only by is mismatched drivetrain, the Forester is nonetheless a worthy competitor that deserves to receive more attention than what the double monthly sales figures suggest, especially with the levels of standard kit and class-leading safety systems on offer, and at a very competitive price tag of R499 000.