IF YOU’RE anything like me, you probably spend an unhealthy amount of your spare time on YouTube. In and amongst the funniest Vine compilations, hilarious goats, Miley Cyrus parodies and car exhaust notes, you’ve probably come across videos that deal with car crashes, meteor landings and street fights, all filmed from the dashboard of a car, mostly in Russia. 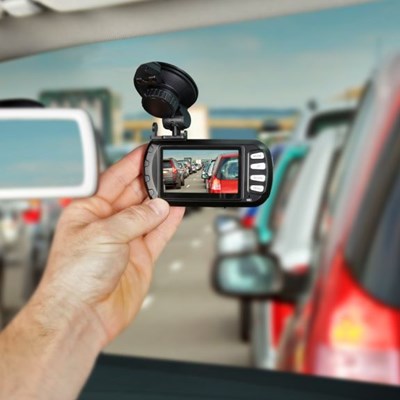 Now this is not necessarily because Russia has a massive amount of incidents, compared to other countries, but rather because almost everyone uses a dashboard-mounted camera. A quick scour of the Internet reveals that most citizens there have seen fit to have one of these to record their commute as a result of corrupt police and ineffective first-hand accounts of incidents such as accidents and theft. Sound familiar?

I believe that people could find some value in these devices. I was first thrown on to the scent of these cams when I attended a defensive driving course where they used one of these devices to record my driving habits. I found that I drove in a far more civilised manner and managed to relax, knowing that I was being recorded. Don’t think that swearing will help either; there’s a microphone there which might also help you catch that corrupt police officer next time you’re flagged down.

I decided to give one a try, from the guys at Lukas dashcams. My driving style has changed quite a bit since - I’ve tried to be a friendlier road user. You see, many of these units have what the company calls an “incident recorder,” where a built-in G-force meter and accelerometer measure your acceleration, braking and cornering.

If you exceed the limits, the camera will make a sound and record for 30 seconds as an incident, meaning you don’t need to sift through all the footage to see the taxi that cut you off, necessitating harsh braking. It also helps if you’re involved in an accident, as the entire incident will be recorded - that is, if the camera isn’t totally destroyed in the accident. My unit also had a rear-mounted camera so I could watch those executive saloons and SUVs drive within inches of my rear bumper.

They aren’t without their issues though. Consider the fact that your more basic cam records straight to an SD card in the device, should someone hijack and steal your car they have all the evidence and will be able to dispose of it. However, there are more advanced cameras with cloud-based data storage, meaning you could save the recording of the incident no matter what happens to the physical system.

I decided to put the system to the test around Kyalami, with my vehicle. I found that it’s also quite an effective tool for monitoring lap times as it records in three-minute intervals, while at the bottom of the video, the system gives you the exact time of the day and the GPS-based speed meaning I could monitor the speed that I was taking the mineshaft at, while assessing my own lines.

I can see these systems becoming more and more relevant, locally, especially with insurance companies and the incentives they might offer those with a dash cam. That is, if you drive well. Those who speed may want to steer clear of these systems or simply switch them off. They are relatively affordable too, with basic units costing around R2 500 with the more advanced units with four cameras and cloud storage used for the trucking industry, going up to about R18 000.

I have to admit, I didn’t like the idea that I was being watched and monitored by the cam all the time. But, when the need to perform karaoke in traffic arises you can turn off the microphone or the entire system. The point is that it might just stop that policeman from bullying you or make that spark plug-wielding hijacker re-think a smash and grab if they see you have one of these.