A Mercedes badge to be proud of

LIKE it or not, we live in a world obsessed with wealth and status and nothing says I’ve arrived better than an expensive German saloon. 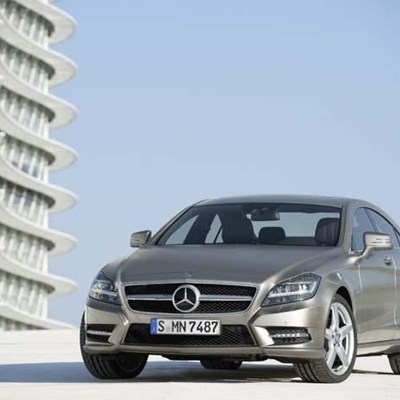 The German manufacturers noticed this trend and wanted to make their vehicles more accessible to the masses who yearned after the admiration of their peers. The result was fitting said status-mobile with a smaller engine and removing some of the standard fare from the interior.

That’s when the de-badging option first appeared on the menu. With the badge removed from the boot, you were, for all intents and purposes, driving the same car as the guy who bought a top-of-the-range model.

It always annoys me when I see a de-badged car on the road – not only because of the obvious self-esteem issues, but also because some of the best cars out there are bottom-of-the-range versions of a specific model.

The Mercedes-Benz CLS 250CDI is a perfect example. Yes, we all want the mighty CLS63 parked in our driveway, but only a very small number of people can afford to pay more than R1 million for a car. As it currently stands, the CLS63 retails for R1 350 900, while the CLS250CDI costs only (don’t laugh) R700 000. You can almost buy two 250CDIs for the price of one AMG!

Now I know that we’re talking oranges and apples, but I think there’s a case to be made for the 250CDI as the pick-of-the-range. The AMG is what we all want, but the diesel is all you ever really need. Under the bonnet lies a 2.1-litre turbodiesel engine that delivers 150kW and a peak torque output of 500Nm, most of which is available from 1 600rpm. No, it doesn’t give you that AMG kick, but then again, few things do. The 0-100km/h time of 7.5 seconds and top speed of 240km/h is more than enough for most people anyway. It certainly never felt slow the week I was driving it.

Mercedes claims a consumption figure of 5.3 litres/100km and for the 250CDI that’s mighty impressive for a luxurious barge that can keep up with most of the modern-day hot hatches. Driving it is an effortless exercise thanks to a cabin with outstanding comfort levels, a superb driving position and Mercedes’ well-known 7G-tronic automatic transmission. One could easily spend a few hours behind the wheel before feeling tired or irritable.

Mercedes hasn’t skimped on standard equipment either. The 250CDI is equipped with a state-of-the-art infotainment system dubbed Comand Aps that includes a DVD player for audio and video and a satellite navigation system. Other standard features include speed-sensitive volume control, a keypad for entering telephone numbers and radio frequencies, a colour display in the centre of the dashboard, and a Bluetooth interface to connect a mobile phone to the hands-free system, wirelessly. Eight loud speakers supplied as standard.

In my opinion the 250CDI is not only the best CLS currently available in South Africa, but possibly the best all-round Mercedes-Benz. All things considered, this is a great car and it would be at the top of my list if I had R700 000 lying around.