LIFESTYLE NEWS - South Africa's kota is a tasty, inexpensive and uniquely homegrown street sandwich created out of the bitterness of apartheid and which still has a special place in the hearts of many.

Its name is pidgin for quarter - this case, a quarter of a loaf of bread, which forms the base of the sandwich that can be found along most streets in Johannesburg's township of Soweto.

The quarter loaf is hollowed out and then filled with layers of all sorts - potato fries, fried egg, baloney, Frankfurter, and spicy pickles.

Under the warm spring sun, hundreds of people thronged a Soweto township square at the weekend to pay homage to the celebrated snack.

"We are here to celebrate township food," said festival organiser Sidwell Tshingilane, standing by dozens of stalls where chefs stood behind piles of fillings as patient customers queued up for the snack.

"Kota is born in the township. We grew up eating kota. It's one of the street foods that is popular like a burger in America. We normally call it our local burger," Tshingilane said.

"Some people say it's popular like the brand Madiba," he said, referring to the country's much-loved anti-apartheid icon Nelson Mandela.

"It's affordable, people in townships sometimes don't afford those fancy foods. So instead of going to McDonald’s, they go to a kota outlet."

Affordable and delicious
The two-day kota festival was held in the same Soweto square where the Freedom Charter - a document demanding equal rights to education, work, wealth and a decent living - was adopted by anti-apartheid groups in 1955.

The second annual festival came just days after the country was cleared of a listeria outbreak which claimed 216 lives and sickened more than 1,000 since early 2017. 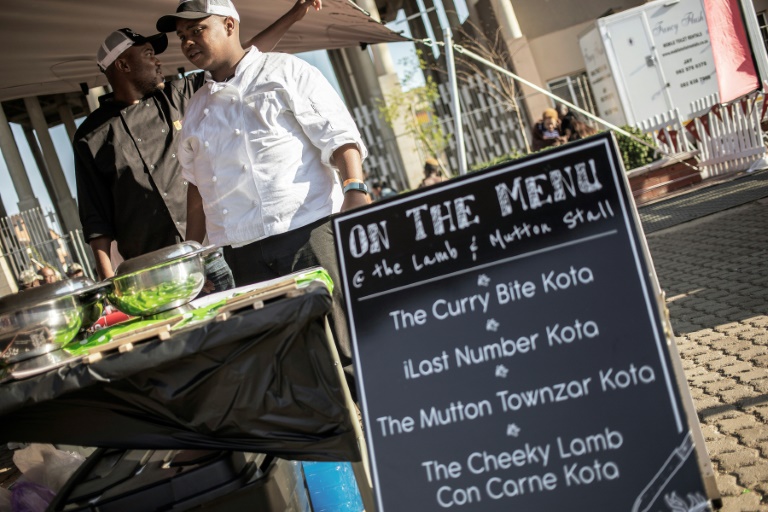 Get your kota here -- street vendors wait for customers.

The listeriosis bacteria contaminated a popular range of meats including the sausages often used in the kota filling.

Kota vendors recorded a drop in sales of up to 40 percent during the outbreak, which the United Nations believed was the largest ever worldwide.

But for some, the outbreak made little difference.

"Listeriosis did not exist in our world, we continued eating," said Nthabiseng Matlhare, a 30-year-old tour consultant.

"This is our tradition, we grew up with this vibe," she said, tucking into a kota filled with chicken strips, chips, spinach and topped with stewed chicken feet.

A few steps away chef Mogau Tabane of Rocktown Deli explains the evolution of the kota, with new and uncommon ingredients such as mushroom and strawberry now finding their way into the mix.

"It's one of our heritage products. It’s South Africa’s favourite. From children to adults, everybody eats kota," he said.

'Unique solution to a unique issue'
The kota actually comes in various names and fillings depending on location but is believed to have originated in the 1960s as non-white South Africans tried to get around the rigours of apartheid.

Food anthropologist Anna Trapido believes its origin is steeped in the history of the country where non-whites were not allowed in restaurants or were forbidden from using plates or forks and knives. 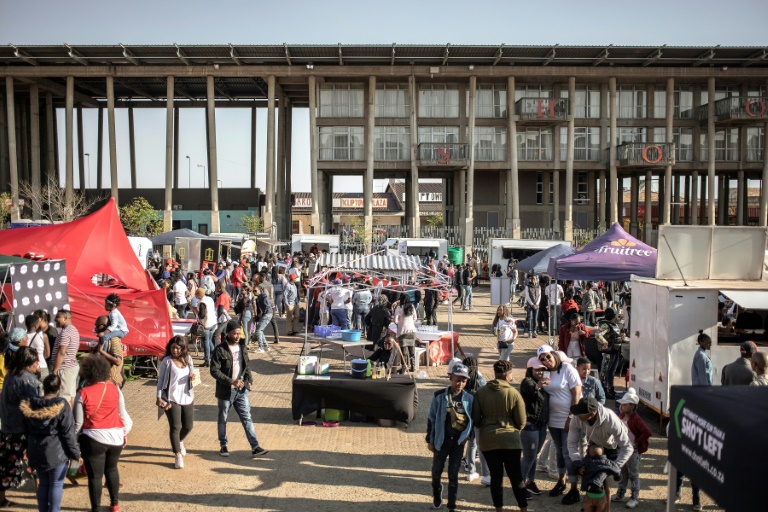 Hundreds of people attend the Kota Sandwich Festival in Soweto, the cradle of the South Africa's anti-apartheid movement.

Traditionally high in carbohydrates and with most of the filling prepared in oil, the snack has doctors worrying over obesity and related illnesses.

Health concerns aside, the kota is seen as a worthy entrant to the list of South African cuisine.