Kavala and eight other defendants were acquitted by a court outside Istanbul in the highly controversial "Gezi Park" trial.

But within hours, a new warrant from the Istanbul prosecutor's office called for his arrest as part of an investigation into a failed 2016 coup against President Recep Tayyip Erdogan's government, and under the charge of attempting to overthrow the constitutional order.

After his release from the heavily-guarded prison complex in Silivri outside Istanbul, where he has spent more than 800 days in pre-trial detention, the official Anadolu news agency said Kavala was taken by police to an Istanbul hospital for health checks before being formally detained.

The judge had earlier said there was "not enough concrete evidence" that he and the other defendants sought to overthrow the government.

Seven other defendants, who remain on the run, were not formally acquitted.

Kavala, the only defendant kept in jail throughout the trial, faced a life sentence without parole if convicted for his alleged role in orchestrating the "Gezi Park" protests of 2013 that presented the first major challenge to Erdogan, then prime minister.

News of a fresh arrest came as supporters waited for him to be released from the Silivri court and prison complex, and was met with shocked silence, while his wife Ayse Bugra was visibly upset.

Kavala has became a symbol of what critics say is a crackdown on civil society under Erdogan, and received loud cheers as he left the packed courtroom in Silivri.

The mass protests of 2013 began over plans to demolish Gezi Park - one of the only green spaces in Istanbul's centre - but quickly spiralled into broader demonstrations against the government. The Gezi protests erupted over plans to demolish an Istanbul park but grew into a broader rally against the government.

Critics have called the Gezi trial "a mockery" in which the prosecution failed to present any evidence of wrong-doing by the defendants.

And the re-arrest of Kavala on new charges sparked condemnation from rights advocates.

"This is a vindictive and lawless move, further demonstrating that Turkey's justice system is under tight political control," Emma Sinclair-Webb, of Human Rights Watch, told AFP.

Amnesty International slammed the "cynical and outrageous detention" and called for his immediate release.

"It is time for Turkey to end the relentless crackdown on dissenting voices."

In December, the European Court of Human Rights heavily criticised the quality of the Gezi Park prosecution.

It ruled that the 657-page indictment against Kavala lacked "facts, information or evidence" to raise even the suspicion that he helped organise the protests, let alone attempted to overthrow the government, and called for his immediate release.

The Turkish court still put Kavala and the other defendants through two more hearings in December and January. 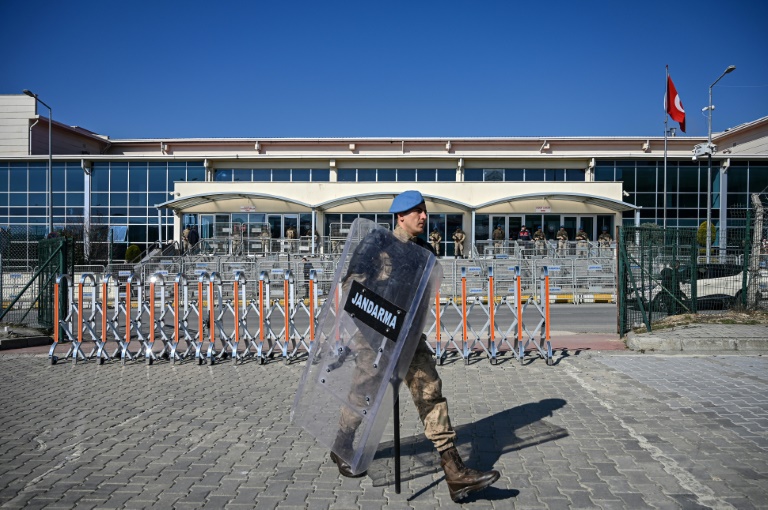 Security was high around the courthouse before the decision.

Among the criticisms of the trial was the fact that defence lawyers were denied the chance to cross-examine the key government witness, identified as Murat Papuc, when he gave evidence in December after he claimed his life was in danger.

Lawyers also decried the inclusion of testimony from a police officer convicted of kicking a Gezi Park protester to death in July 2013, who now portrays himself as a victim of the demonstrations.

The defendants received support from Ekrem Imamoglu, the new high-profile mayor of Istanbul who took control of the city out of the hands of the ruling party last year.

"The acquittal of all the defendants in the #GeziPark trial is a true source of joy, and restores trust in the Turkish judicial system. I salute all those who stand to defend our city's history, culture and nature," he tweeted.

Kavala's supporters say he was targeted because he worked to build bridges across Turkey's often fractious ethnic and social divides, in contrast to the combative rhetoric favoured by Erdogan's ruling party.