36-year-old Seth Aaron Ator died in a shootout with police outside an Odessa movie theater on Saturday, but the FBI say him being fired was not the ‘spark’ for the shooting.

A chalk message at a memorial for victims of a mass shooting, at the University of Texas of the Permian Basin (UTPB) on September 2, 2019 in Odessa, Texas. Officials say the suspect Seth Ator, 36, is dead after he killed 7 people and injured 22 in the mass shooting. Cengiz Yar/Getty Images/AFP

INTERNATIONAL NEWS - A man who killed seven people in the US state of Texas was fired from his job prior to carrying out the shooting, law enforcement officials said on Monday.

“Our suspect went to work at Journey Oilfield Services. He was there for a short time and was terminated by his employer,” Michael Gerke, the Odessa police chief, told a news conference.

Following the dismissal, both the suspect and his former employer called police to complain “because they had a disagreement over the firing,” he said.

The suspect — identified the previous day as Seth Aaron Ator, 36 — also called an FBI tip line but made no threats, Gerke added.

FBI special agent Christopher Combs also confirmed the firing, but said that it was not the spark for the shooting, which took place on Saturday.

“He showed up to work in a very distressed mental state, so it’s not because he got fired,” Combs told media.

“When he showed up to work, he was already enraged.”

The Saturday incident began when troopers tried to pull over a gold-colored passenger vehicle on the Interstate 20 highway. 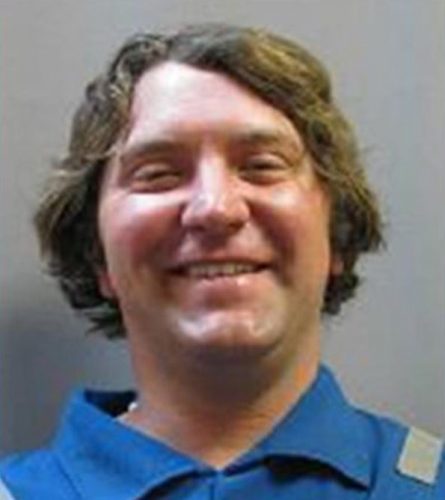 A handout photo made available by the Ector County Sheriff’s Office on 2 September 2019 of a 2001 booking photo of Seth Ator, the gunman who opened fire on police near Odessa, Texas on 31 August.

That led to a frantic shootout spread out over several miles on roads between the cities of Midland and Odessa in the west of the state.

The assailant died in a shootout with police outside an Odessa movie theater.

The shooting, which came less than a month after a gunman killed 22 people in the Texas city of El Paso — less than 300 miles (480 kilometers) west of Odessa — has ignited fresh calls for steps to stem the US scourge of mass shootings.