The kittens survived the ordeal -- they have now been put in quarantine and are active and well.

INTERNATIONAL NEWS - Singapore immigration authorities said Tuesday they had foiled a bid to smuggle four kittens into the city-state stuffed down a man's trousers after hearing meows coming from the suspect's crotch.

In a statement, they hailed their "fur-midable" officers for stopping the "impawsible" attempt to transport the animals in a car through a border checkpoint with neighbouring Malaysia.

"Our officers were checking the travellers in the car, they heard a meowing and saw the bulge in the man's pants," an immigration authority spokeswoman told AFP.

The officers asked the 45-year-old Singaporean whether he had anything to declare, before discovering the live kittens secreted in his trousers.

The spokeswoman said that hiding items, such as contraband cigarettes, under clothing is a common method of smuggling."But to stuff four live kittens into one's trousers - this is the first time we've seen it," she added.

The kittens survived the ordeal - the Agri-Food and Veterinary Authority, which is now investigating the case, said they had been put in quarantine and were active and well.

It is not clear why the man was trying to bring the kittens into Singapore on 2 January, although it could have been to sell on as pets.

Singapore imposes strict requirements for those wishing to bring cats into the country legally, which include obtaining an import licence and health certificate. 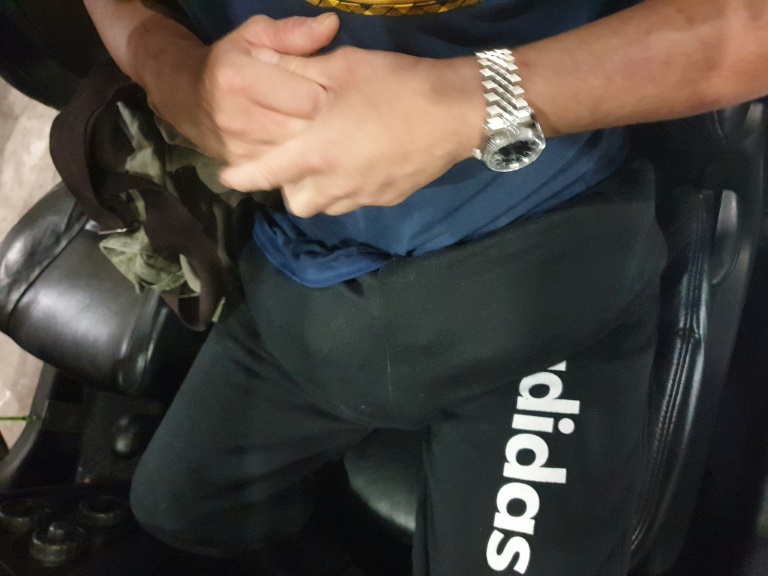 The 45-year-old Singaporean had four live kittens secreted in his trousers.

Immigration authorities warn that animals smuggled into Singapore may be carrying diseases, such as rabies.