INTERNATIONAL NEWS - Eight Mexican wolf cubs - a jumbo-size litter - have delighted conservationists fretting over the endangered species once common along the US-Mexico border.

Normally, litters of this kind of wolf - Canis lupus baileyi - max out at four.

So this is the biggest litter born in a Mexico City zoo since a US-Mexican program to boost the population of the species began in the 1980s, the Environment Ministry said.

They were born at Los Coyotes Zoo in Mexico City in April and viewed by AFP on Tuesday.

The cubs were born inside a tunnel-like den, with no human witnesses, in a wooded area of the zoo, boosting their family from nine to 17 members.

The mother, named Pearl, took refuge in the den a week before giving birth, while father Yoltic protected them and provided food with help from his seven first-born offspring, which are a year old.

"When we saw Pearl outside and skinnier, we knew they had been born," said Felipe Flores, caretaker of the wolf family for the past two years.

The birth was not filmed so as to make it as natural as possible.

Experts hope to release them into the wild some day.

"They came out of the den after three and a half weeks. The smallest ones attract the most attention because they are the most playful and adventurous," Flores said while standing outside the 3,700 square meter wolf enclosure, which is not open to the public.

The Mexican wolf is the smallest sub-species in North America. It is endangered partly because of poaching and habitat loss, but mainly due to systematic killing of the animals out of the belief they carry rabies and attack livestock.

"There are only 350 of them in the world. That's all," said Juan Manuel Lechuga, who works for the zoo directorate of the Mexico City government.

For centuries these wolves have wandered through the countryside of Arizona, New Mexico and Texas and in the Sierra Madre mountains across the border in Mexico.

They were venerated by indigenous peoples for their complex social links, skills in group hunting and distinctive kind of howl.

City authorities let people vote on the internet to choose indigenous names for the cubs. They include Arihue (Has a Soul), Game (I Love Her), Muchari (Little Kid), Bimori (Mist) and Kanimi (Happy). 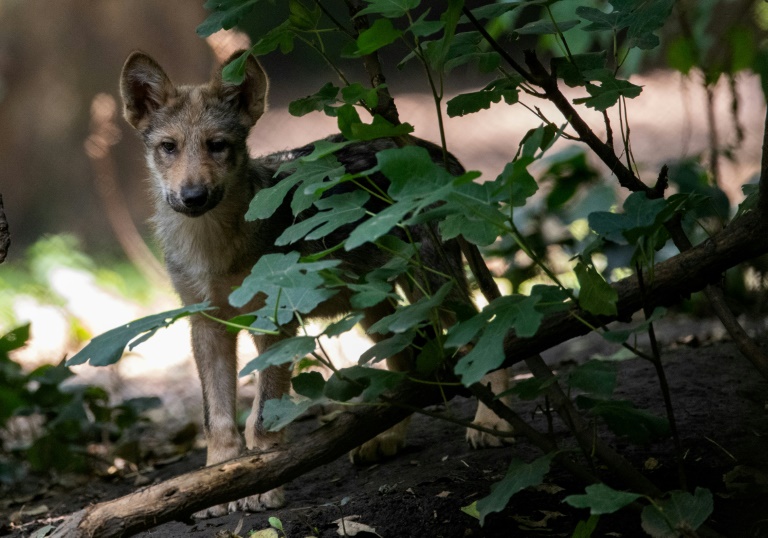 Indigenous people in Mexico venerate this kind of wolf, among other things for its distinctive howl.