Lickorish explained that the boat's artificial intelligence will be pivotal in conducting scientific experiments.

The Mayflower 400 autonomous trimaran during sea trials in Plymouth this week.

INTERNATIONAL NEWS - The "Mayflower 400" - the world's first intelligent ship - bobs gently in a light swell as it stops its engines in Plymouth Sound, off England's southwest coast, before self-activating a hydrophone designed to listen to whales.

The 50-foot (15-metre) trimaran, which weighs nine tonnes and navigates with complete autonomy, is preparing for a transatlantic voyage.

On its journey the vessel, covered in solar panels, will study marine pollution and analyse plastic in the water, as well as track aquatic mammals. 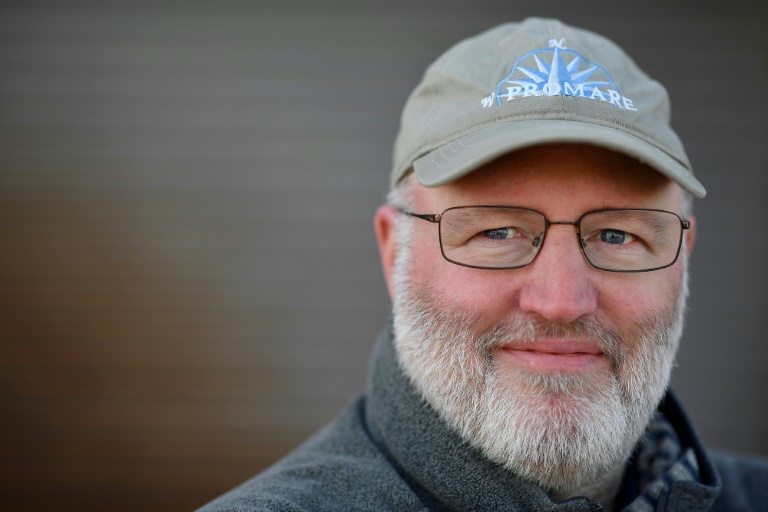 Brett Phaneuf, co-founder of the charity ProMare and the mastermind behind the Mayflower project, said the ocean exerts "the most powerful force" on the global climate.

Rosie Lickorish, a specialist in emerging technologies at IBM, one of the partners on the project, said the unmanned craft provided an advantage in the "unforgiving environment".

"Having a ship without people on board allows scientists to expand the area they can observe," she told AFP.

A variety of technology and service providers have contributed to the project with hundreds of individuals involved from nations including India, Switzerland and the United States, said Phaneuf.

The project would have cost 10 times the roughly $1 million (820,000 euros) invested by ProMare without the "global effort," he added.

Smart captain
The non-profit venture will offer the data gathered by the project free of charge. The information could be of particular use to the future of commercial shipping.

The autonomous ship is scheduled to embark on May 15 if weather is favourable and permission is granted by British authorities.

The journey to Plymouth, Massachusetts - the same voyage made by pilgrims on the original "Mayflower" in 1620 as they sought a new life in America - will take three weeks. 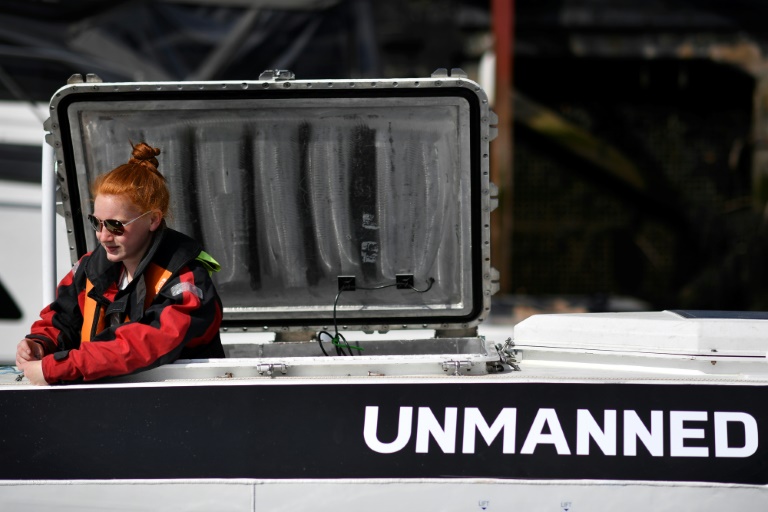 While the Mayflower 400 voyage has been delayed because of the pandemic, Phaneuf said at least no one will fall ill on the trip.

"No one will get bored or tired or sick on this one. So it can take as long as it likes to do science," he said from the British port.

Sitting alongside him were three computer technicians checking the equipment remotely.

Meirwen Jenking-Rees, a 21-year-old student engineer, checked the ship's engines before it headed out for a sea trial.

Construction of the trimaran, which is automated from the robotic rudder that steers it to the diesel generator that supplements its solar power, took a year. 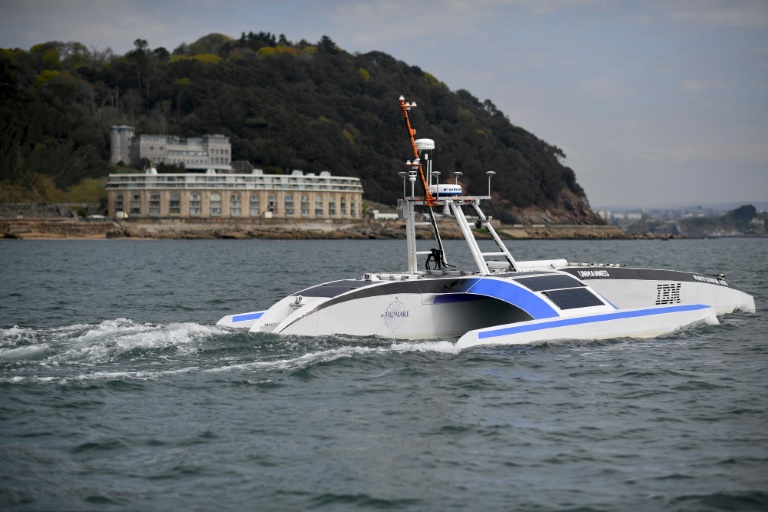 The Mayflower 400 had to be taught how to avoid collisions and first went to sea for 'supervised learning'.

Developing its "smart captain", the onboard artificial intelligence, took even longer as the computer has had to learn how to identify maritime obstacles by analysing thousands of photographs.

The "Mayflower 400" also had to be taught how to avoid collisions and first went to sea for "supervised learning".

Robotics and software engineer Ollie Thompson said that by running a "number of scenarios" the ship can learn "what are good actions, bad actions, so safe and unsafe".

So if it makes a mistake, the boat can correct itself "and then learn itself," he added.

The automated vessel uses its "eyes" and "ears" - a sophisticated system of six cameras and radar - to continue learning on its own.

Because of a lack of regulations around unmanned sailing, the Mayflower 400 is yet to be tested in rough seas or storms, a situation Jenking-Rees described as a "worst case scenario".

In simulated settings, however, the robotic craft has faced 50-metre waves. 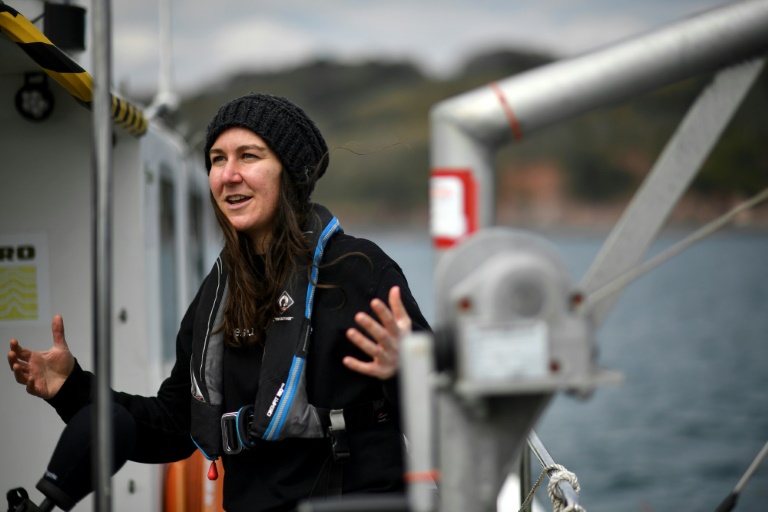 IBM emerging technologies specialist Rosie Lickorish: 'Having a ship without people on board allows scientists to expand the area they can observe'.

Lickorish explained that the boat's artificial intelligence will be pivotal in conducting scientific experiments.

"It was trained with hundreds of hours of audio data," she said, "to detect the presence of marine mammals, recognise the marine mammals, and actually tell us something about population distributions out in the open ocean".

Analysing the chemical composition of the water, measuring sea levels and collecting samples of microplastics are the ship's other missions.

Similar robotic data collection has been ongoing in space for decades.

While the ship is totally autonomous, the team will monitor the ship 24 hours a day from England, ready to intervene remotely in case of danger.