The situation at the taxi rank seemed calm and there was a police presence. Photos: Eugene Gunning

The taxis were also asked to leave the taxi rank.

This followed a meeting held earlier this morning at the taxi rank.

According to a spokesperson of the Disadvantage Taxi Association, they have differences that they are trying to solve peacefully. He said one of their members was shot at the past weekend in Thembalethu and is still in hospital. They have informed the police and, according to him, the police is monitoring the situation.

A statement will be released later.

George Herald is awaiting a formal response from the police regarding the shooting incident. 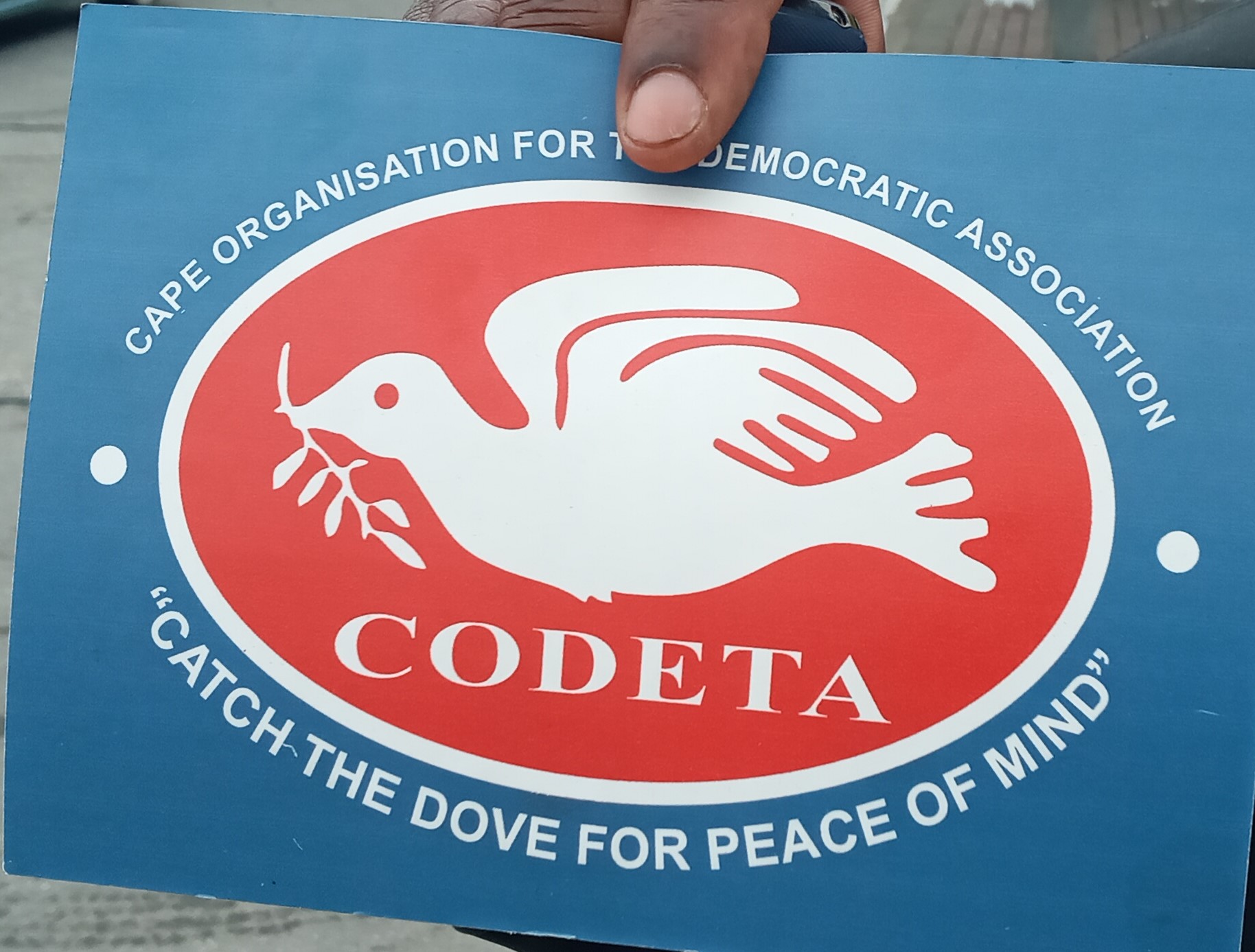 One of the stickers that was removed.