Taxi and car in head-on collision

The driver of the taxi ran away from the scene of the accident.

GEORGE NEWS - A taxi collided head on with a car at the traffic circle in Langenhoven Street this afternoon.

The taxi, which had no licence disc, was being chased by traffic officers when it entered the traffic circle on the wrong side of the road into on-coming traffic.

It entered the circle from Blanco's side.

The two elderly people in the Honda car were taken to the hospital. 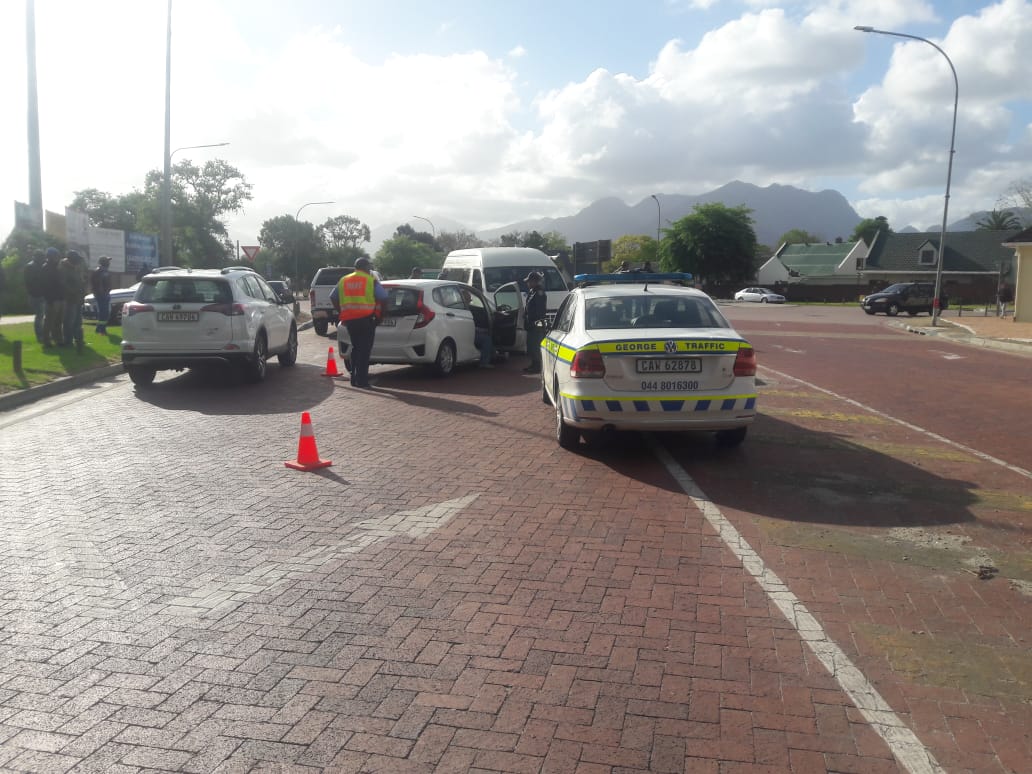 The two elderly people in the Honda car were taken to the hospital.