Garden Route to move away from red-tape and move towards a red carpet for skills development.

This annual event is hosted to review the progress made in terms of establishing the Garden Route as a Skills Mecca. More than 100 delegates from the public and private sectors came together to discuss and plan the next phase of the Skills Mecca initiative.

The first Skills Summit was held in George during February 2018 with the aim of stimulating debate around training and skills development for the Garden Route District and the seven Local Municipalities within its jurisdiction. The idea was and continues to be to attract students to relocate and study in the Garden Route, which will provide an economic injection for the Garden Route.

He also said: “The Western Cape Government believes that there is a need to move towards a situation where large-scale industrial development in rural towns should be incentivized – we need municipalities to assist us in this process”. From this “move” it is evident that more jobs will be created, which will be aligned to skills needs.

Councilor Memory Booysen, Executive Mayor of Garden Route DM, who was also the keynote speaker, indicated that Garden Route DM identified a property where a three million rand skills centre will be built.

“The first phase will focus on skills required by a district municipality, including firefighting, disaster management and law enforcement, to name a few. Other municipalities will also, on a later stage, be asked to share their skills shortages with us to include in the training institution,” said Cllr Booysen.

He reminded government representatives not to “be in competition with other municipalities in our region - this is not conducive of growing the district into the country's leading skills mecca.”

Cllr Booysen also vowed to move the District away from “red-tape and move towards red carpets when it comes to skills development."

More than 100 delegates from the public-and-private sectors attended the Garden Route Skills Summit at Stillbay in Hessequa.

A ‘show and tell’ session also took place where four municipalities were given the opportunity to showcase a project that was implemented within their municipal area. Garden Route DM presented their Cater Care Project, Hessequa presented a people-centred project, Bitou a lifesavers training initiative and Knysna a rapid-response programme for the environment.

Garden Route District Municipality’s Cater Care Programme was identified by delegates as the most successful out of all initiatives presented.

Dr Florus Prinsloo from the Western Cape Government’s department of economic development and tourism reviewed 2018’s resolutions and adjusted it based on feedback from the group discussions and other participating members. 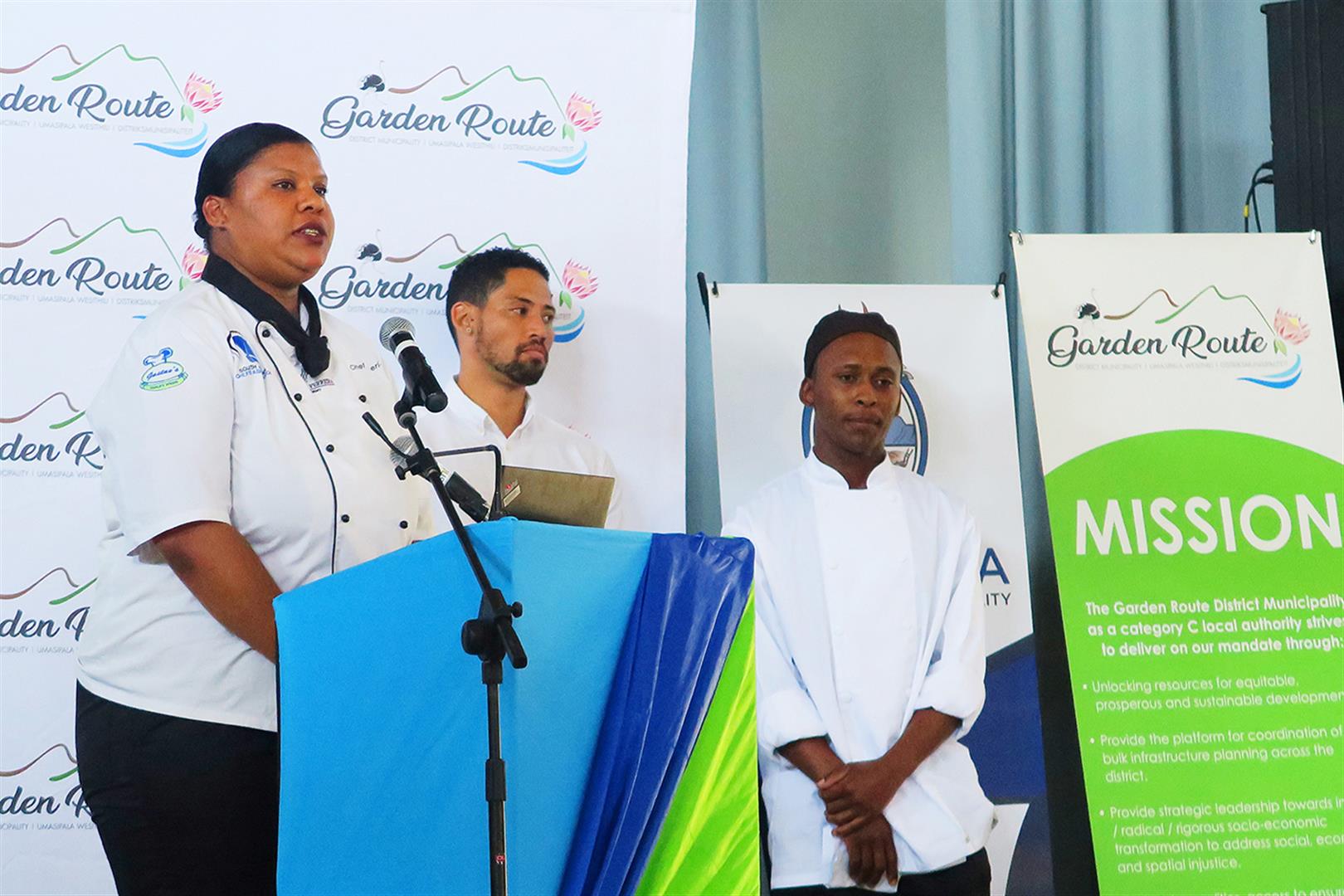 The 2019/2020 resolutions announced at the Garden Route Skills Summit are:

1. Continue and accelerate collaboration and cooperation among all District skills development role players.

2. Ensure that skills development leverages digital infrastructure as far as possible to ensure learning and processes methods are and remain of a cutting edge nature.

3. As far as possible, link skills development to investment and economic development opportunities to the advancement for all.

5. Engage with all willing partners, in particular, the SETAs and the National Skills Fund, to explore the development and implementation of projects across the district.

6. Consider and leverage local skilled people, including retired people, within the district, to accelerate the growth of the Skills Mecca.

7. All public and/or private skills development projects and/or programmes in all municipalities are acknowledged, recorded on Skills Mecca online solution and supported within resource limitations.

8. Progressively support the development of the new apprenticeship of 21st Century (A21) in the district.

9. Budget, plan and implement an annual Skills Summit that is held in a different local municipality rotationally and alphabetically….2020 – Knysna – proposed on 5 March 2020. 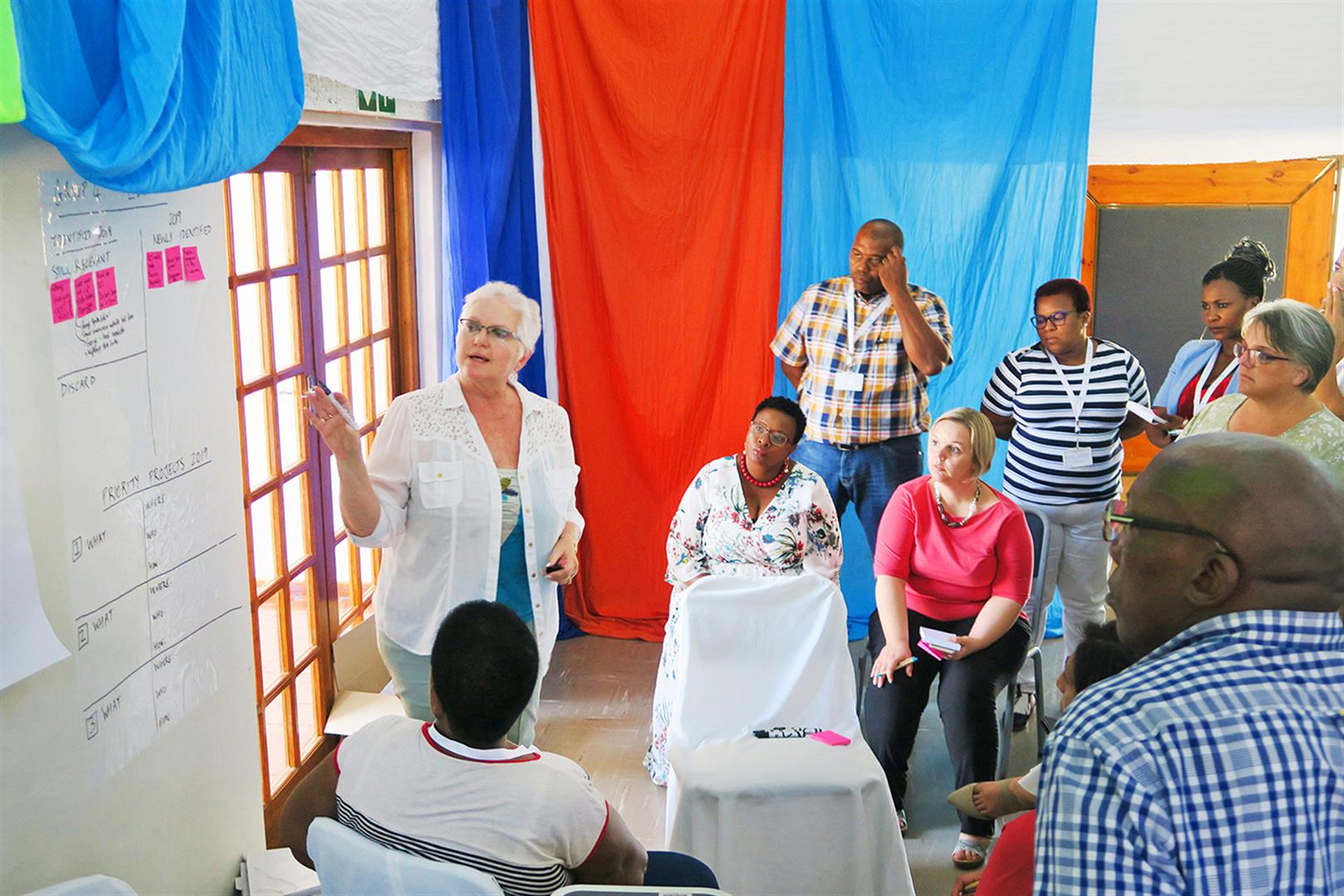