Children in a public space in Pacaltsdorp who risk getting infected or losing their lives because of selfish acts by illegal dumpers in the area.

GEORGE NEWS - Municipal communicators of the Garden Route District Municipality (GRDM) recently visited an illegal dump site in Pacaltsdorp to photograph the progress made by contractors tasked to clean sites.

With shock, communicators noted a countless number of items, including toxic, sharp and dangerous ones, as well as foul-smelling water – leaving one communicator almost vomiting from the stench.

“The scariest part is that there were kids playing in the same area, metres from the dangerous field of waste and water,” said one communicator.

The GRDM, in collaboration with George Municipality, are hard at work trying to clear illegal dump sites in the George area, including Thembalethu and Pacaltsdorp. GRDM has committed R2,47-million to the project. George Municipality earlier announced that it will contribute R500 000 to curb illegal dumping sites. 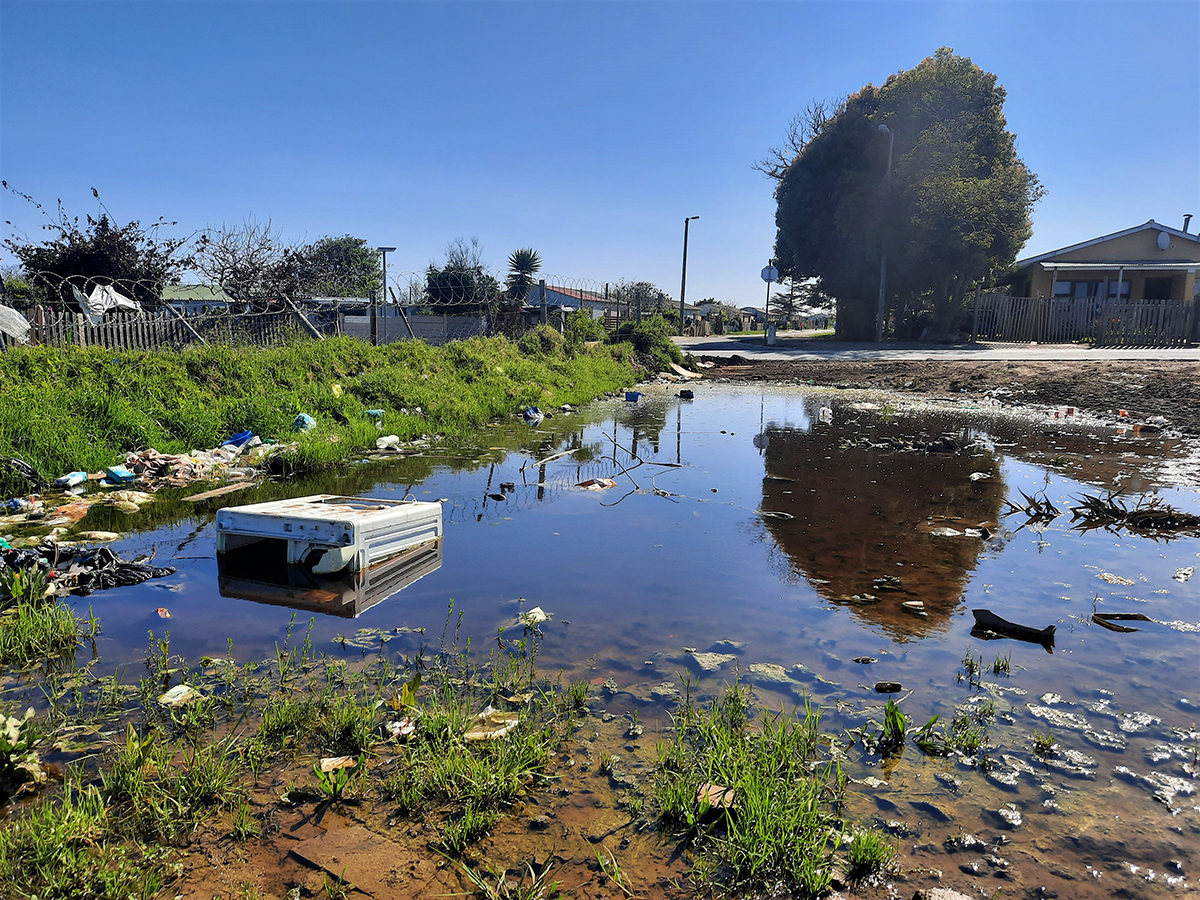 Water samples will soon reveal how toxic the pools of water at some dumpsites are.

More activities are lined up to take place over the next few months, including a survey to find out why people illegally discard of waste and a door-to-door awareness campaign about the impact of illegal dumping.

The question many Garden Routers are asking is: do all of us want the areas clean or have many of us decided that a clean and safe environment is not important? The GRDM noticed concerns raised on Facebook by a government employee who said that an illegal dumpsite was cleaned by the municipalities (Garden Route District and George), but moments later someone dumped their waste there again. 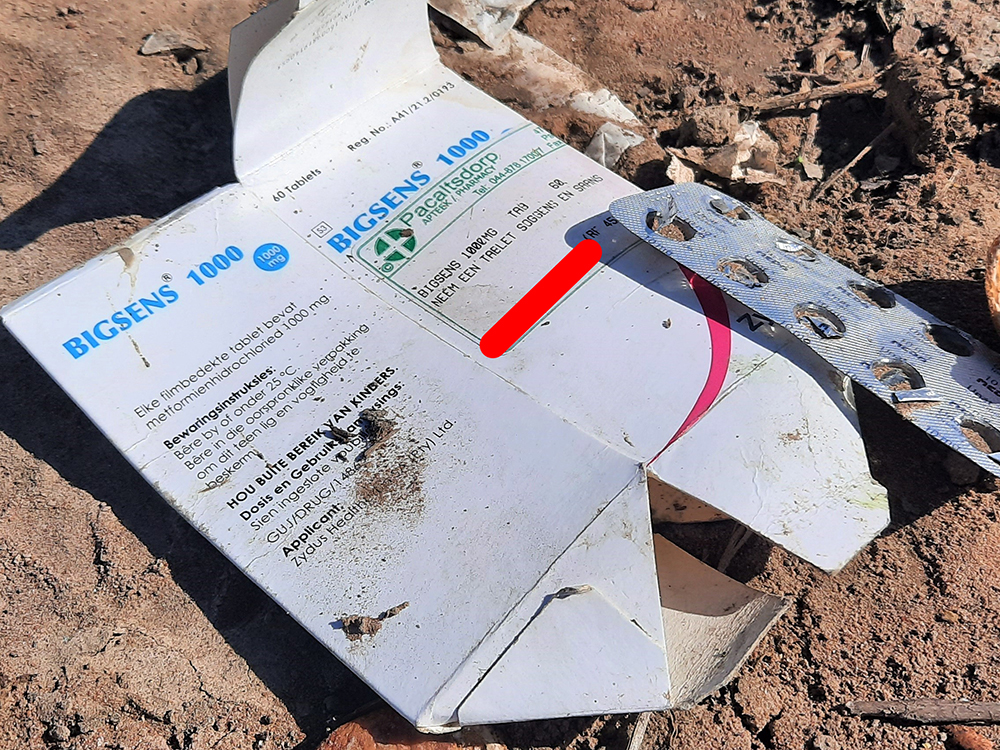 Packaging for medication was found with the full names of the patient, who was subsequently reported to Law Enforcement for intervention.

Others commented on the post, saying that municipalities should plant trees at the sites. However, this suggestion was said not to work because some community members might remove the trees. Another person said that the municipalities cleaned an area on a Monday, but by Tuesday the area was dirty again.

GRDM environmental health practitioners (EHPs) monitor the areas each day after a clean-up has been conducted. EHPs are already aware that water at illegal dumping sites is toxic, but a decision was made to take water samples for scientific analysis, which will indicate exactly how dangerous these sites are.

Public responsibility
Members of the public are urged to remind their friends, family and neighbours that the illegal dumping of waste is dangerous and that it poses a health hazard. Waste should be collected in refuse bags and placed for collection on waste removal days.

Builder’s rubble and waste not suitable for bags must be dropped at the municipal refuse site on the R102 (airport road).

Communities can provide names, vehicle registration details or addresses of alleged illegal dumpers and make a statement in this regard by contacting Law Enforcement on 044 801 6350 or sprins@george.gov.za. George Municipality states that a person doesn’t need a photograph of the perpetrator, but that it would strengthen the case for a warning or fine to be issued.

Illegal dumping remains an offence and carries a R1 000-fine. 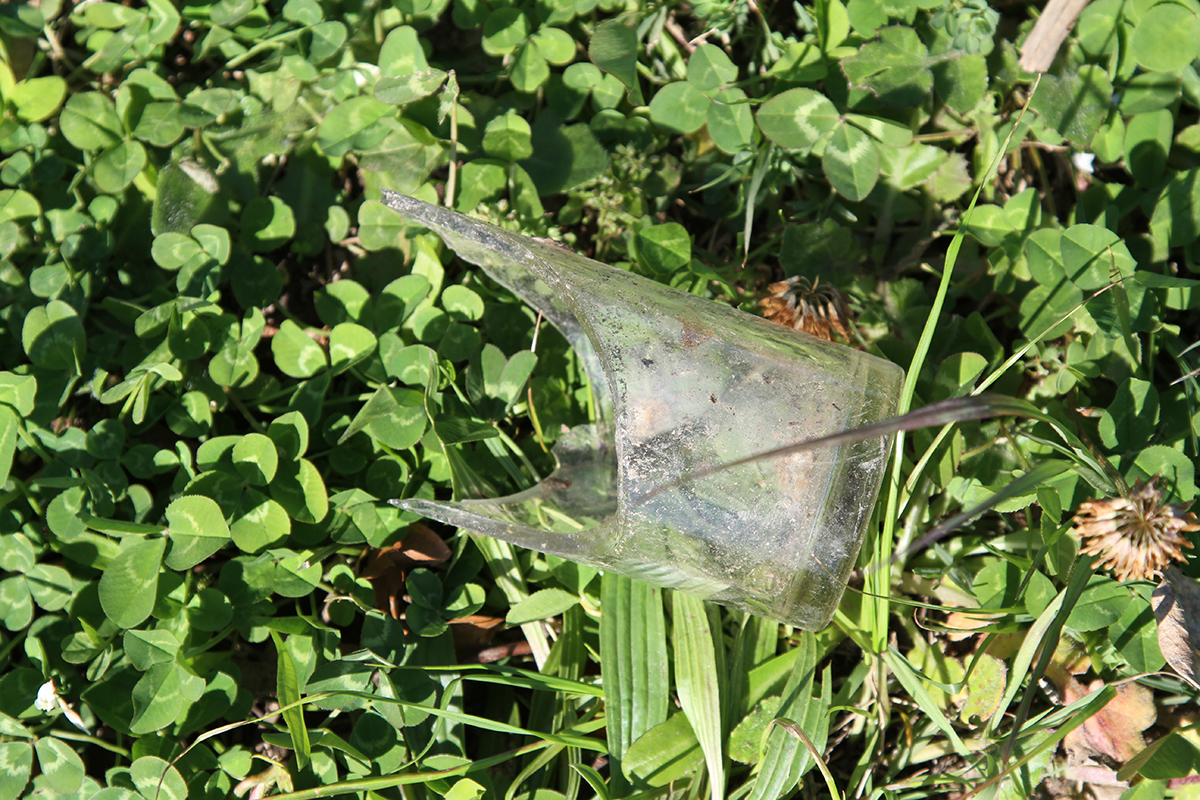 A piece of glass found at a dumpsite in Pacaltsdorp