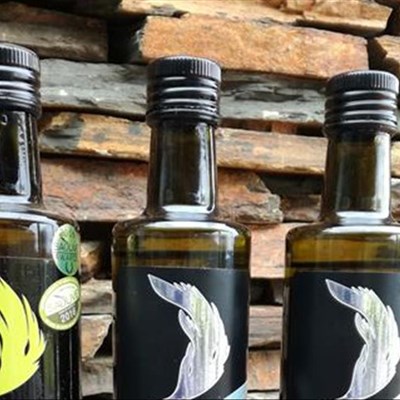 BUSINESS NEWS - De Rustica Olive Estate in De Rust in the Klein Karoo has been awarded three gold medals for the third year in a row. South Africa's finest EVOO (extra virgin olive oils) were announced at the SA Olive Awards on 24 August. De Rustica is the only olive estate in the country to receive three gold medals in 2017. On top of this, the estate also earned two silver medals.

These consistent top-class results once again pay testament to the microclimate at De Rustica, which is uniquely suitable for producing world-class extra virgin olive oil and to the olive orchard and olive press standards set by De Rustica Estate.

De Rustica is constantly improving its methods, equipment, and standards, and is gratified that these efforts have again been recognised.

The olive estate believes that maximum quality EVOO should not be considered simply as a condiment or an ingredient, but rather as a food in itself, enriched with unique nutritional properties.

Although De Rustica is a young producer which has been in operation only since 2012, its products have been awarded top prizes since 2015.

In 2015 the estate was awarded three gold and two silver medals, and was also the runner up in the Absa top five with its Mountain Press EVOO.