Ladies' night at the Grammys: The performances

US singer-songwriter Lady Gaga stunned the audience with her powerful rendition of his Grammy-winning song "Shallow" from "A Star Is Born".

ENTERTAINMENT NEWS - The Grammys gala in Los Angeles on Sunday was a night for girl power, and music's top stars delivered with a series of powerful performances - some of them edgy, some simply glorious.

Here is a look at the musical highlights of the night:

Monae, whose futurist blend of pop and psychedelic funk scored her a nomination for Album of the Year, brought a girl gang to the stage to perform the Prince-influenced "Make Me Feel."

Some of her dancers sported the iconic pink vagina pants from her video "Pynk," which nabbed a nomination for Best Music Video.

"Let the vagina have a monologue," the genre-bending performer said - a lyric from her song "Django Jane."

But it could have been the motto of the night. 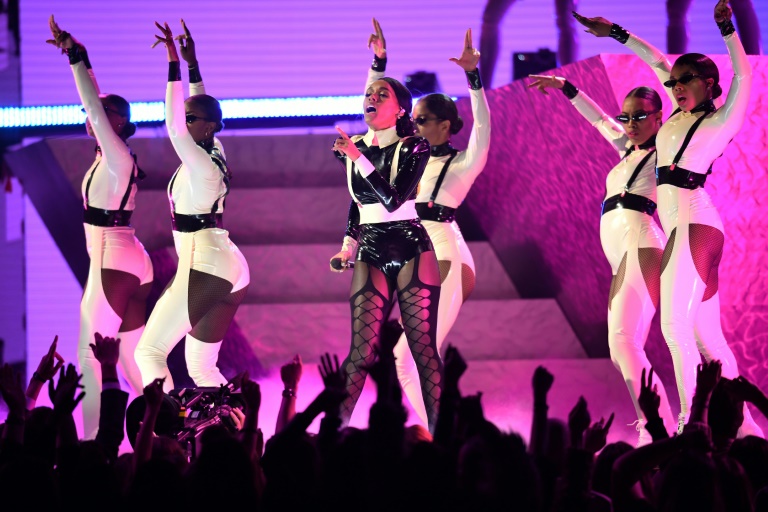 US singer-songwriter Janelle Monae brought her signature futurist blend of pop and psychedelic funk to the Grammys.

Queen Cardi delivered a sexually charged rendition of her hit "Money," sporting leopard thigh-highs, peacock-style feathers and a flapper-esque wig as she gyrated for the crowd on a rhinestone-encrusted piano.

Among those wowed by the performance from the 26-year-old rapper - who made history with her win for Best Rap Album - was rapper Offset, with whom Cardi shares a child.

The pair - who had recently separated - appeared to be going strong on the red carpet, where they lovingly touched tongues for the paparazzi. 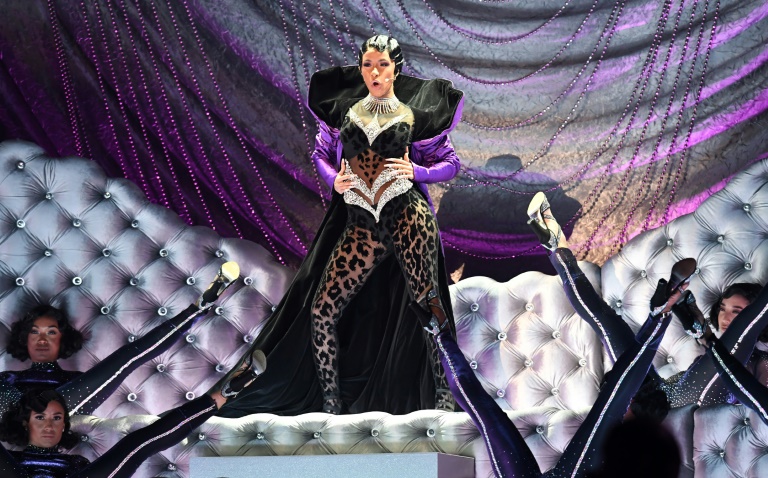 US rapper Cardi B performs at the Grammys -- she made history by becoming the first woman to win the prize for Best Rap Album.

Pop perfection
Lady Gaga won three awards on the night, two of them for "Shallow," the signature song from her blockbuster film "A Star Is Born." When the moment came for her to belt out the song, she did not disappoint.

Gaga - sporting the glittering cat suit of a pop diva, not the mousy brown hair of her ingenue character in the movie - was without her duet partner, Bradley Cooper, who was in London attending Britain's BAFTA film awards. 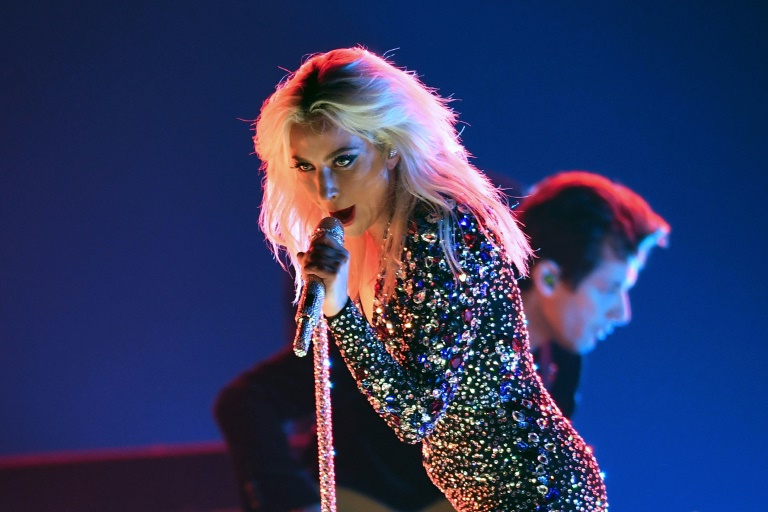 When the moment came for Lady Gaga to belt out her award-winning song "Shallow" at the Grammys, she did not disappoint.

So she teamed up with her fellow songwriters including Mark Ronson to deliver the tune - high on dramatics, high on energy. When she belted out a guttural wail mid-song, the audience cheered.

Rising Cuban-American star Camila Cabello kicked off the glamour-dripping night with a colorful performance of her sultry hit "Havana." 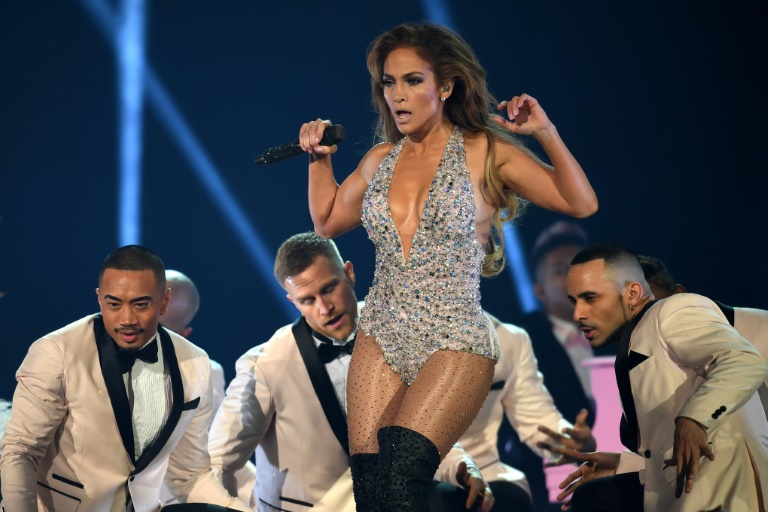 US singer Jennifer Lopez performs a Motown medley at the Grammys -- with some of her trademark sass.

The Cuban-American raised in Miami was joined by rapper Young Thug, Colombian Latin trapper J Balvin and iconic trumpeter Arturo Sandoval for the infectious performance, which offered a bilingual portrait of diversity reflecting the massive influence of Latin music on the US charts.

And Jennifer Lopez wowed the audience with her exuberant ode to Motown that included inflections of salsa.

Legendary
Beyond the performances by of-the-moment stars, Grammys night was crowned by two of the biggest stars in music history - country legend Dolly Parton, and disco diva Diana Ross.

Parton, who was honored at a pre-gala event as the MusiCares Person of the Year for her philanthropic contributions, joined forces with a constellation of singers including her goddaughter Miley Cyrus and pop star Katy Perry. 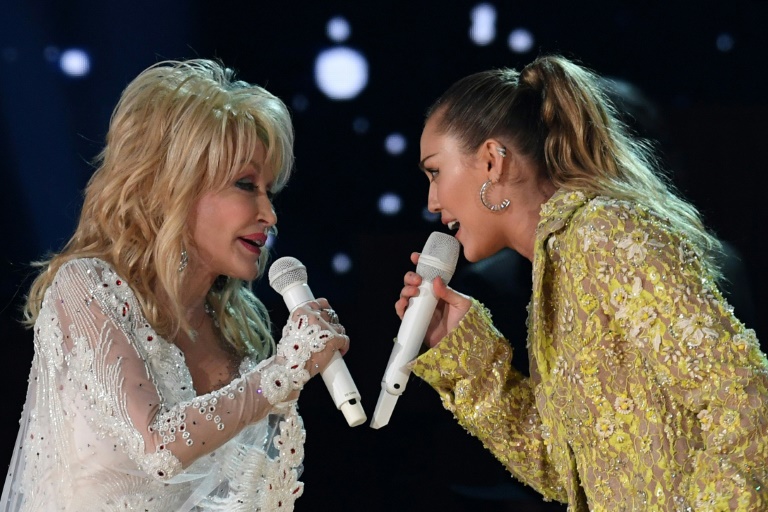 US singers Dolly Parton and Miley Cyrus -- her goddaughter -- perform "Jolene" at the Grammys.

The most memorable part of the medley came when Parton and Cyrus belted out "Jolene," before Parton and others joined forces on her mega-hit "9 to 5."

A powerful tribute to the late "Queen of Soul" Aretha Franklin saw Yolanda Adams, Fantasia Barrino and Andra Day - who donned garters and a feathered mini skirt - slay the late Queen of Soul's classic hit "(You Make Me Feel Like) A Natural Woman," moving the crowd to its feet. 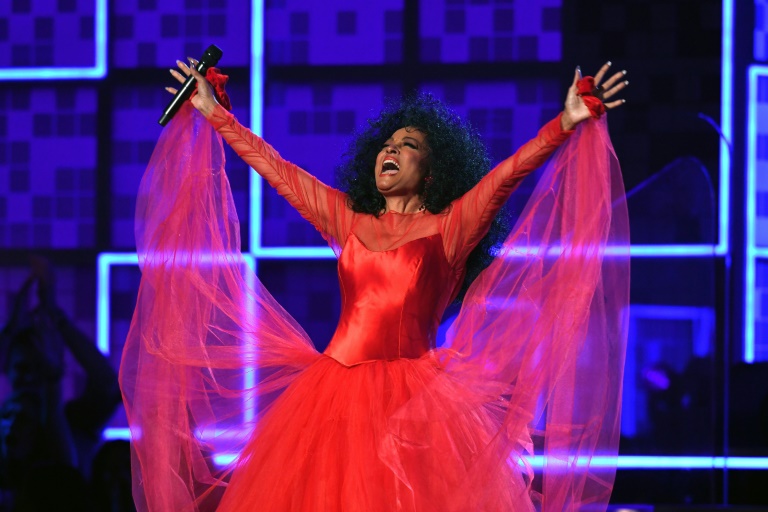 US singer Diana Ross performs at the Grammys in celebration of her upcoming 75th birthday.

Ross - resplendent in a gauzy red gown - took to the stage to celebrate her upcoming 75th birthday in March.

"Together we have no limits. There's only success ahead. And you can lead the way. Learn, dream, unlock new doors. All is possible with music and with you," she said, before shouting out: "Happy birthday to me!"