The Crazy Ties Big Band during a previous performance at York High School.

GEORGE ENTERTAINMENT NEWS - On Friday 18 October York High School will be hosting the Crazy Ties Big Band from Germany for its performance in George. The band has toured South Africa a number of times in the past.

In addition to the band's bedazzling and entertaining jazz numbers, a combined instrumental ensemble from Outeniqua High and York High, as well as the York High School choir, will perform both fun and poignant items.

Tickets can be bought at R30 at York High and Outeniqua High, as well as at the door. The show starts at 18:30. 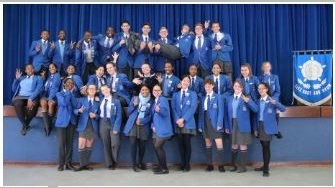 York High School's choir will be part of the fun show featuring the Crazy Ties Big Band from Germany on 18 October.