Elias Street is typical of Valparaiso with its narrow sidewalks winding up and down Cerro Alegre hill, itself a tourist attraction.

There are many little streets like this that surround the 42 hills overlooking the Pacific Ocean that are a striking feature of the Valparaiso skyline.

Over the last few years, the walls of houses in Elias Street have been transformed into giant canvases where graffiti artists show off their skills.

It was brought about by "young people's need to go out and express themselves in the street," Sammy Espinoza, a graffiti artist and graphics designer, told AFP. 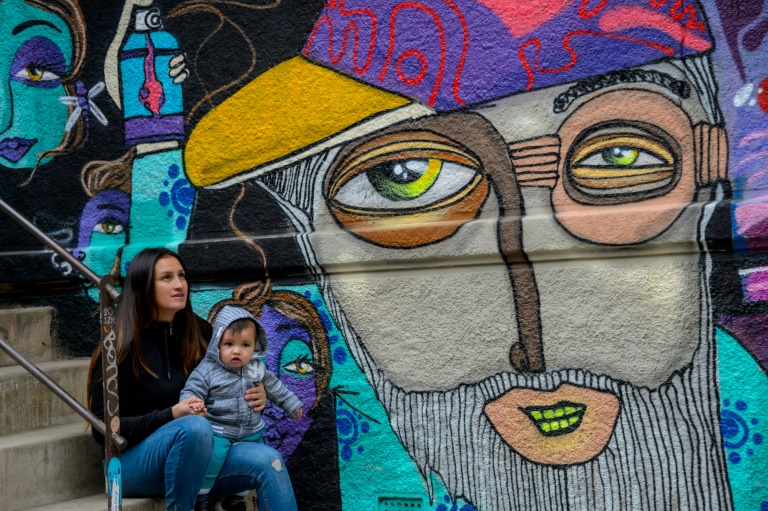 Graffiti artist Cynthia Aguilera sits with her son next to a mural she painted in a street in Valparaiso.Hundreds of stairways, labyrinthine streets between the hills, cobbled alleyways and seemingly abandoned plots have converted Valparaiso, which lies 120 kilometers (75 miles) to the northwest of the capital Santiago, into "the perfect city" for creativity, added Espinoza.

That's why he and his partner Cynthia Aguilera, a civil engineer, left Santiago a decade ago to move to Valparaiso and dedicate themselves to graffiti.

They go by the name "Un Kolor Distinto" (a different color) and have created huge works of art such as "Solsticio de verano" (summer solstice), a mural spanning all 22 floors of the Centenario building, one of the tallest in the city, with a surreal yellow face mixed with green and purple fruits and vegetables.

It has now become one of the hottest spots on the tourist trail. 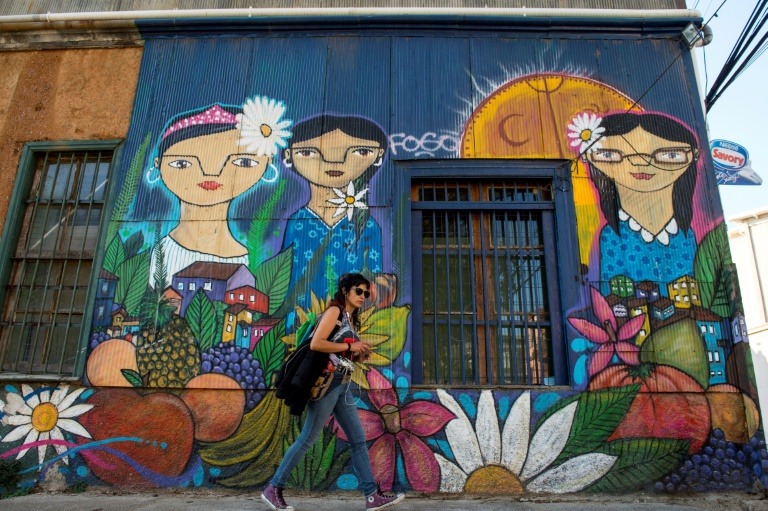 Valparaiso's distinctive and colorful graffiti and mural art has become a must-see on the city's tourism circuit.The couple have also painted murals on three more buildings in their distinctive colorful style that often contains written messages.

While spray cans are their primary tools, they also use paint, oil and crayons to create the vivid colors that bring life to an imaginary world.

"This mixing graffiti with mural art - making street art - has already started to evolve and arrive at what (Valparaiso) is today, an open air gallery," said Aguilera. 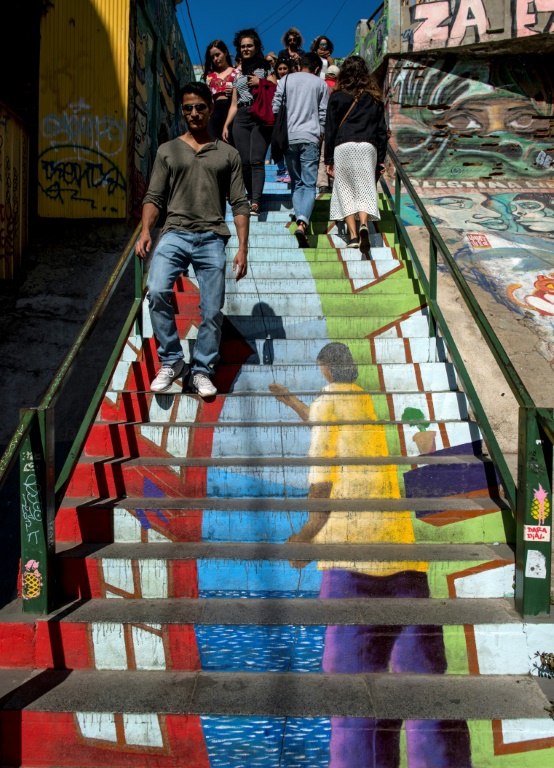 Around 1,000 tourists a month take a tour of Valparaiso's graffiti and mural art sites.

In 2003, UNESCO declared Valparaiso's historic center a World Heritage Site, recognizing what was one of the most important South American ports in the 19th and 20th centuries, as well as an improvised architecture that had to adapt to the city's hills.

Today, it is one of Chile's most visited tourist sites, alongside the Atacama Desert in the north and Patagonia in the south.

There are almost 1,400 murals and graffiti artworks in the city and for the last five years they've found a place on the city's tourism circuit, alongside views of the bay, colorful homes that hang from its steep hills, and its old funiculars and trams. 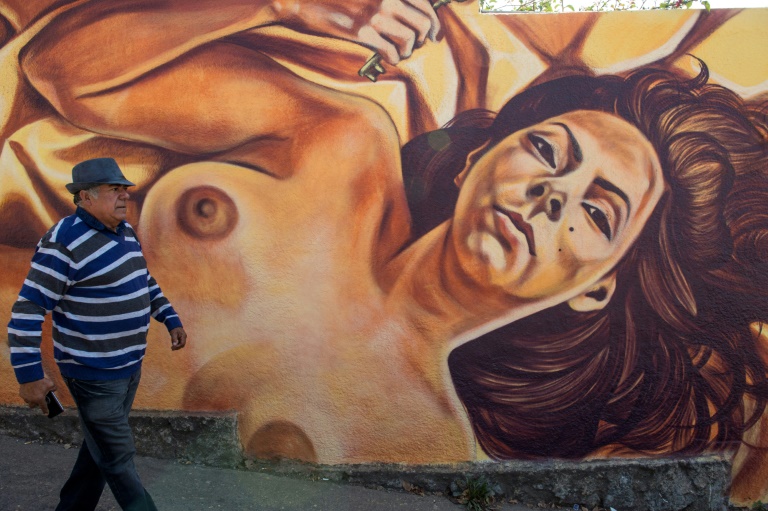 Valparaiso's residents used to view graffiti artists as criminals but have since come to appreciate and encourage their works."There are those very beautiful wall drawings, everything mixes well, it's very beautiful," 31-year-old Italian tourist Alessandro Ferssini said as he took a tour of the city's graffiti circuit.

Every month, around a thousand tourists take that tour.

Some 300 graffiti artists, both Chileans and foreigners, have displayed their artwork on Valparaiso's walls during the last five years, according to 34-year-old Alvaro Ramirez, a graffiti artist and businessman.

"At first, most people looked at it as a scar on the city. 'How are you going to show the city's stains to the tourists?' they asked me," said Ramirez.

But now, "the people who come to Valparaiso, come for the colored houses, they see it as an artistic destination," added Ramirez, who started his graffiti in New York aged just seven, before returning to Chile at 21.

The locals have changed their minds about the graffiti artists they used to view as criminals.

Now they open their doors and allow the artists to decorate the walls of their homes.

Local authorities have also designated spaces for them, yet some artists claim they are still chased by police.