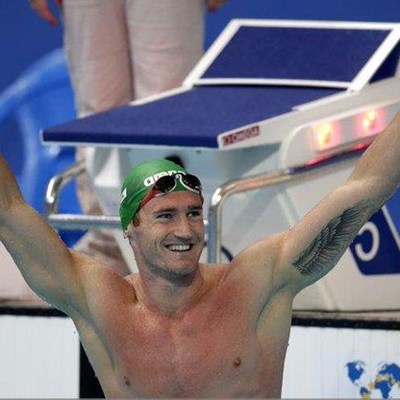 Van der Burgh was quick off the block and confirmed his Olympic Qualification time in the 200m breaststroke with a golden 2:10.13, while 19-year-old Crous was over the moon with his first qualification time of the competition and the silver medal, clocking 2:11.65, just 0.01secs under the required 2:11.66. Ayrton Sweeney won the bronze in 2:14.36.

Christopher Reid just missed out on adding the 200m backstroke to his list of Olympic Qualifying times when he raced to a 1:58.31 in Thursday night’s semifinals, just 0.09secs of the required 1:58.22. Reid will be looking to better that performance in Friday’s final.

Erin Gallagher and Karin Prinsloo finished first and second the 100m freestyle semifinals in 56.30 and 56.54, respectively and will both strive for faster times ahead of Friday night’s final, in the hope of clocking the set 54.43.

Two more Paralympic Qualifying Times were posted in the multi-disability events as Beth Nothling added her name to the growing list, finishing the 50m backstroke in 55.50 to the required 56.11.
Read more on SuperSport.