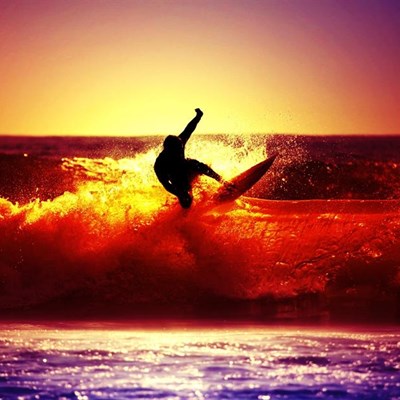 Generic Image
NATIONAL NEWS - South African surfing is celebrating its 50th anniversary this year and Fernando Aguerre, President of the International Surfing Association, has sent a message of congratulations to Surfing South Africa, the recognized governing body for the sport in South Africa. “It is with tremendous pleasure that I congratulate Surfing South Africa on their 50 years of life. Surfing South Africa has been a member of the ISA since 1965 and today remains a vital and energetic member of our organization. South Africa has hosted several ISA World Championships and remains one of the top surfing destinations in the world. Through Surfing South Africa many South Africans have made their mark on the world surfing stage and a number have been recipients of ISA Surfing Scholarships over the years”
The ISA President added “I am privileged to recognize Surfing South Africa and its accomplishments over the past 50 years and sincerely wish them the very best in the future”
Having started its life in early 1965, organised surfing in South Africa has certainly made its mark over the past 50 years. As a member of the international surfing brotherhood, South Africa has played a major role in the growth of the sport both and out of the water. As early as the mid 60’s when surfing started to pick up speed and spread its message across the world, South African surfers and the country’s waves were right at the forefront of this global movement. Thanks to the iconic surf movie Endless Summer the waves of Kwazulunatal, the Eastern Cape and the Western Cape were exposed to the world placing South Africa on the bucket list of surfers from every corner of the World.
This exposure led to South Africa making its mark as the host of many memorable surfing contests. Leading the way was the Gunston 500 which was first held at the Bay of plenty in Durban in 1969. The Gunston was not only a major surf contest but also became a major South African sporting attraction during the July holiday season attracting crowds of thousands to the Durban beachfront.
As surfing in South Africa gained momentum other events such as the 1978 ISA World Championships at Nahoon Reef in East London were held followed by the Spur Steak Ranch Surfabouts, which used a mobile venue and featured most of the World’s best surfers during the mid 1980’s and the spectacular Billabong Pro contests held in Jeffreys Bay. Then came the highly successful Quiksilver ISA World Surfing Games in Durban in 2002 and the Mr Price Pro contests which replaced the Gunston 500.Thousands of provincial, national and international events featuring all the disciplines from surfing, longboarding, bodyboarding, SUP and kneeboarding have taken place at just about every possible surf spot along the country’s coastline while across the disciplines recreational participants are numbered in the tens of thousands.
Read more on Surfing South Africa.