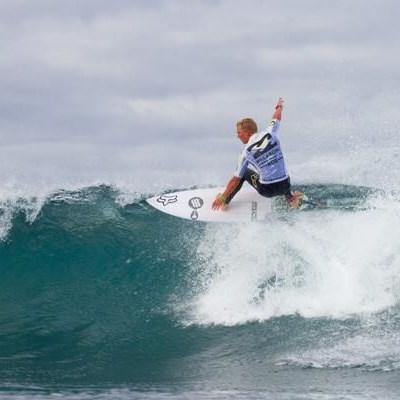 Jeffreys Bay’s Dylan Lightfoot in action.
SURFING NEWS - The South African surfing team built on the momentum of a medal performance by team captain Bianca Buitendag in the women’s event, with all four men advancing to Round 2 of the ISA World Surfing Games at Grand Plage, in Biarritz, France.

A slight increase in swell size and an onshore wind did not deter the South Africans from producing top-class performances against opponents from 47 other nations at the annual Olympics of surfing on Tuesday.

Jeffreys Bay star Dylan Lightfoot, the vice-captain, led the way for his teammates by finishing runner-up, just behind twotime (2004 and 2010) ISA world champion Hira Terinatoofa, of Tahiti, in his opening encounter of the event in tiny waves on Monday.

Lightfoot ended his Round 2 heat yesterday and again finished second – the first South African surfer to reach the last 64 in the Games’ men’s event.

Debutant Brandon Benjamin, of Cape Town, overcame his nerves in his first appearance for his country by also grabbing the runner-up spot in his Round 1, relegating the vastly experienced Marcus Selman, of Chile, to the Repechage round.

“Amped to surf one of my biggest heats of my career,” was Benjamin’s comment on his Facebook page before his heat.

“First round nerves out the window, thanks for the support,” he wrote after advancing.

Durban’s David van Zyl took to the waves four heats later and used all his progressive aerial skills in the crumbling waves to post a heat victory over surfers from Spain and Chile.

The South African surfers – who use vuvuzelas in the opening ceremonies and to support their teammates while drew favourable mentions from the commentators.
Read more on Herald Live.