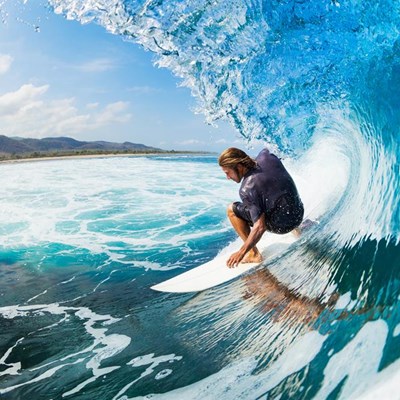 The SA team’s hopes of clinching a medal in the Aloha Cup were also dashed when they were ousted in the semi-finals of the tag-team format event.

Starting in the U18 boys’ Main Event semi-finals, Sykes fell short of advancing directly to the last four when he placed third, just more than one point behind second placed Jake Marshall (USA), and dropped into the Repercharge semis.

In another agonizingly close decision, Sykes missed out on taking his campaign into the final day of the event when he again finished third and exited the world’s biggest junior surfing event in equal ninth place overall, earning 500 points towards his team’s total.

Competing at the same time on the North side of pier, SA’s U16 boys’ standout Sebastian Williams couldn’t match the scores of heat winner John Mel (USA) and runner-up Luke Wrice (AUS). Williams bowed out in equal 13th place in the division with a haul of 450 team points.

Later in the day the SA squad of Richard Kidd, Joshe Faulkner, Chanelle Botha, Ntando Msibi and Michael Monk came up against surfing powerhouses Hawaii, USA and Brazil in the first of the two Aloha Cup semi-finals.

With each team member having to ride two waves and then sprint back to the team box to ‘tag’ the next surfer, and all 10 rides having to be completed in 50 minutes, the SA team finished a distant fourth.
Read more on Surfing South Africa.