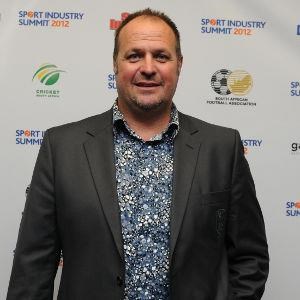 "I am quite excited about this competition. I think we are going with a very strong team," Hill said on Friday, ahead of the team's departure for Qatar

"Obviously with Chad, Cameron, Giulio and Myles, they are all looking good to bring us medals.

"I think our relays will be quite exciting as well. We have some great relays in the 4x50m, the 4x100m, the 4x200m freestyle and the medley relay, so we have chances to bring home more medals."

South Africa's biggest medal haul at the biennial event was in the 2008 Manchester edition, where the team returned with six individual medals -- a gold, silver and four bronze medals.

In 2012, Le Clos was South Africa's lone medallist with a gold and silver in the 100m and 200m butterfly respectively.

However, Hill was confident that Le Clos would not be the only swimmer to return to the country with silverware in the bag.

"Chad is in four events -- the three butterfly events and the 200m freestyle.

"It is quite exciting to have so many guys swimming for medals in so many events. Looking at just the three guys there, it is already 10 events where they will actually be swimming for individual medals."

While the individual swimmers instilled confidence of a good showing, Hill also had reason to be bullish about the relay teams' chances.

The Glasgow Commonwealth Games earlier this year saw the emergence of a new crop of young freestyle sprinters which formed an integral part of the relay success there.

Youngsters Calvin Justus, Clayton Jimmie and Caydon Muller -- all under the age of 20 -- earned the 4x100m freestyle relay team a spot in the final where Muller, Schoeman, Leith Shankland and Le Clos won the silver medal.

The swimming team also won bronze medals in the 4x200m freestyle and 4x100m medley along with a silver in the 4x100m freestyle relay.

"Rio is the big picture and it has always been my plan to get the relays competitive for Rio and not just to be part of the so-called team, as some people have been saying," Hill said.