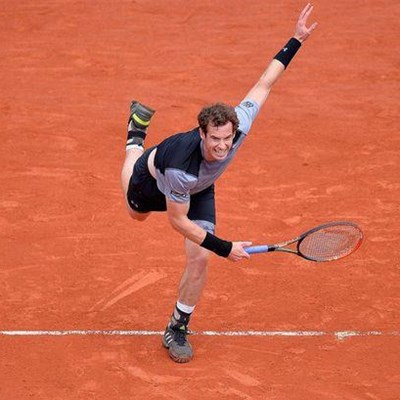 Andrew Murray
INTERNATIONAL NEWS - Andy Murray stepped up his assault on Novak Djokovic's world No 1 ranking by thrashing Lucas Pouille to ease into the quarterfinals of the Paris Masters on Thursday.

Murray reeled off the final eight games as he dispatched French 13th seed Pouille 6-3, 6-0 to extend his winning streak to 17 matches.

"I thought I returned well today. I had chances in almost all of his service games throughout the match. And on this surface, obviously when it's a bit quicker, that's good," said Murray.

"I felt tired (this morning) because it was a late finish (from Wednesday night when Murray defeated Fernando Verdasco) but I felt all right once I got going," added the second seed, having equalled last season's career-best total of 71 wins.

Murray, runner-up in Paris last year, will meet Tomas Berdych or Gilles Simon next as he bids to end long-time rival Djokovic's 122-week run at the top of the rankings.
Read more on SuperSport.