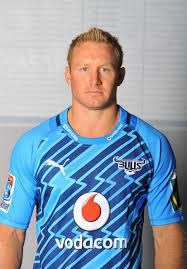 A knee ligament injury has sidelined Pienaar, who will be replaced by Jano Vermaak.

"Ruan was re-assessed on Tuesday morning following the on-field fitness tests from Monday, and unfortunately he has developed some swelling and puffiness around the knee, indicating that he is not yet ready to partake in full training and playing in a match," Roberts said in a statement.

Pienaar, who plies his trade for Irish side Ulster, has been out of action since September after picking up the injury during the 14-10 loss against New Zealand in Wellington.

The Springboks take on Ireland in their Tour opener in Dublin on Saturday.

"He needs a few more weeks of rehabilitation before he'll be ready to return to play and hence we've taken the decision to rule him out of the tour."

"We'll miss his experience, especially when it comes to playing rugby in the Northern Hemisphere, but luckily Jano knows our structures and should not have a problem to slot back in," Meyer said.

Vermaak's experience would be crucial in the tough northern hemisphere conditions, he said.

"There are a number of good young scrumhalves in South Africa, but to bring someone in who has not yet trained with us in a pivotal position such as scrumhalf would've been a risk."