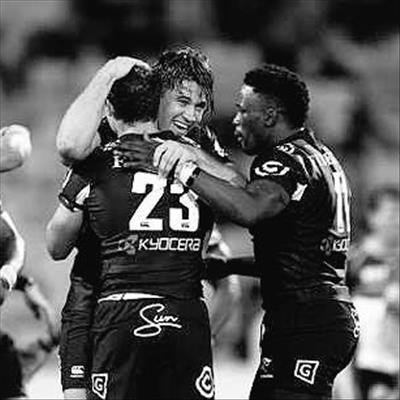 RUGBY NEWS - The Sharks know that they are facing a very different Blue Bulls team in Saturday’s Currie Cup semifinal to the one they have faced in the past and they are working full out this week on finding ways to blunt what could be called “the Mitch impact”.

When the two teams last met it was earlier in John Mitchell’s tenure as head coach and the second round clash at Kings Park was also played in inclement conditions that made ball in hand attack a difficult thing to pull off and make effective. If the weather is different for the Durban semifinal, however, the Sharks are expecting to feel the effects of the former All Black coach’s imprint on the Pretoria team.

“As defence coach, I obviously look at how they play, and Mitch has given the Bulls a new style of play which is typically Kiwi,” says Sharks assistant coach Ryan Strudwick.

“Their forwards still come around the corner at you but they have moved on from their old one-off runner, bashing style of old. The forwards are now looking to handle the ball and look for support runners. You never saw that from Bulls forwards before.

“The Bulls will now attack from anywhere. They are no longer afraid to even have a crack from behind their goal line.” Strudwick believes the key to blunting the Mitchell style of play is to win the gain-line battle, as that is what creates the Bulls’ momentum to attack.