Sharks have what it requires 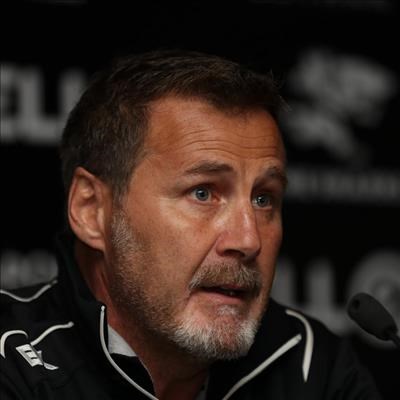 RUGBY NEWS - Anyone who doubts the Sharks’ ability to go all the way to Currie Cup glory might have their minds changed by a perusal of the team that coach Robert du Preez has selected for Saturday’s Kings Park semifinal against the Blue Bulls.

Du Preez has been able to call up his strongest team of the domestic season, and for this level of competition it is a formidable one, with no discernible weaknesses. Kobus van Wyk is returned to the starting team this week ahead of Odwa Ndungane, who will play off the bench, and in so doing adds size, pace and power to the Sharks’ arsenal out wide, while Springbok Jean-Luc du Preez adds his considerable presence to the pack.

With S’busiso Nkosi on the other wing the Sharks certainly can’t complain that they lack physical presence in the wide channels like some other teams may, and they have the experience of Ndungane to call on too should it be required. With Lukhanyo Am having successfully come through his comeback game last week, the same holds true for outside centre - the No 13 jersey is filled by a player with presence and ability, while inside Am there is one of the best new players in the Currie Cup, Marius Louw.

As anticipated, Du Preez has returned national squad member Louis Schreuder to the No 9 jersey, but Michael Claassens will bring plenty of experience with him off the bench in the second half. With Curwin Bosch now firmly established at flyhalf, and fullback Garth April quite capable of shifting up to pivot should it be required, the Sharks do have the necessary ingredient required of a Currie Cup winning team – namely an accomplished pair of halfbacks.

But it is at forward, where so many Currie Cups through the ages have been won and lost, that the Sharks look particularly ominously equipped for their opponents. Jacques Vermuelen wasn’t expected to be part of the group as he injured his ribs last week but there must obviously be a chance of him taking the field because he has been included on the bench.