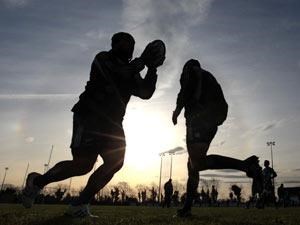 “SAB has been a loyal partner to SA Rugby dating back to the days when rugby was an amateur sport, so it gives me great pleasure to continue our association with them,” said Jurie Roux, CEO of SA Rugby.

“Their commitment to rugby and sport in general in South Africa is commendable, and it has certainly been a mutually beneficial relationship for both organisations over the years.

“SAB, through its various brands, has promoted nation-building in sport, and particularly in rugby – something we feel equally strongly about, and rugby has delivered in sporting highlights since democracy came to South Africa.

“We look forward to another fruitful five years with them as partners.”

Nic Scheijde, Castle Lager General Manager, was equally delighted with the renewal and said it reinforced SAB and Castle’s commitment to the sportsmen and woman of South Africa and the fans that support our teams.

“Castle Lager has become synonymous with Springbok rugby over the years,” said Scheijde.

“When the Springboks play live or on TV it is where good beer, good friends and good times come together with Castle Lager and we are pleased to have secured the rights to this wonderful South African ritual for the next five years.”

SAB’s founding brand, Castle Lager, began its association with SA Rugby and the Springboks in 1997 when it took over from another popular SAB brand, Lion Lager. In 2000 SAB signed a four-year co-sponsorship deal which saw Castle Lager take over as the Springbok sponsor.

The brand later signed a contract in 2011 as the title sponsor for the then Tri-Nations, now the Rugby Championship, and the Springboks’ incoming and overseas tours, traditionally in June and November every year.
Source: The Citizen.