Lions Boks have moved on 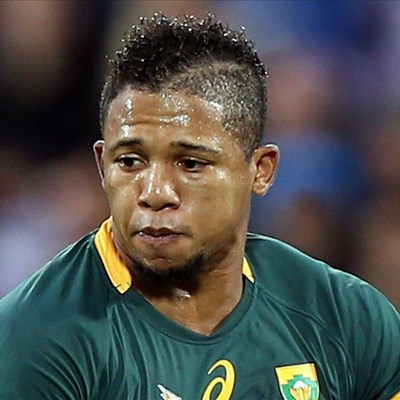 RUGBY NEWS - Springbok flyhalf Elton Jantjies has written off any possibility of the national team suffering a hangover from the Lions’ defeat in the recent Super Rugby final.

Jantjies will line up alongside five Lions teammates who were on the field with him when they lost 25-17 to the Crusaders at the final hurdle to end a long winning sequence when the Boks face Argentina in the first match of the Castle Lager Rugby Championship at Nelson Mandela Bay Stadium in Port Elizabeth on Saturday.

Having gone since March without suffering a defeat, and don’t forget that the Lions Boks also won three test matches in June, it is natural to ask what impact the interruption to the momentum could have. One defeat after a long period of winning can sometimes prove more undermining to confidence than is the case when losses are a more frequent experience.

Jantjies, who will soon be under pressure to retain his starting place as Handre Pollard heads back to full fitness, acknowledges that the defeat was something the Lions players had to deal with when they joined the Springbok camp in Port Elizabeth last week.

“We realised it was something we had to deal with, but I think now we have put the final behind us and moved on,” said Jantjies.

“When we got back to the Boks I spoke to a few of the guys and there was agreement that it was great to be part of the Bok group again. There is a new energy and a new culture here this year, and it was good to settle in with the management again and continue the work we have been doing on the way we want to play.”

Jantjies would have concerned many Bok fans with the way that he want walkabout in the Super Rugby quarterfinal against the Sharks in Johannesburg. He appeared to be troubled by the Sharks’ aggressive defensive system and his allround confidence impacted on his place-kicking performance.

Lions coach Johan Ackermann had to yank him from the field before the end and it was wing Ruan Combrinck who kicked the winning penalty in the dying minutes.

The Boks will not want a repeat from Jantjies, particularly as Pollard is not quite ready for international action as yet and the other flyhalf, Curwin Bosch, is considered talented but perhaps in need of further development before he can be entrusted with the responsibility of starting a test match.

Jantjies made a good recovery from his quarterfinal misfire though, and he appears confident that by trusting his technique and his instincts, he will be able to continue his good form of the French series into the Rugby Championship.

“I have been putting a lot of work in,” he said.

“Goalkicking is all about relying on your technique and trusting your body so that it becomes an instinctive thing. There have been a few things I have also been working on beyond the goalkicking. I want to make the right decisions, both on attack and in the defence zone. And of course my aim is also to create space for the outside backs. That is something I always aspire to.”