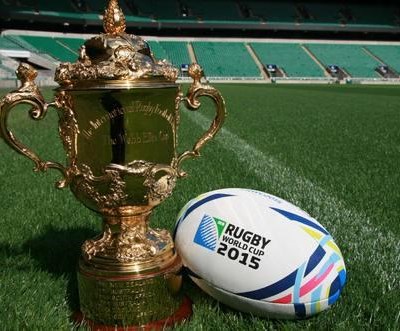 Generic Image.
NATIONAL NEWS - There is so much mutual respect between the teams, and there have been so many expressions of adoration traded between them, that you’d half expect the All Black captain Richie McCaw to present his Springbok counterpart Fourie du Preez with a bunch of flowers before Saturday’s semifinal rather than participate in the Haka.

We’re coming to the end of the third day of the build-up week to the eagerly anticipated Twickenham clash and still the respective groups of players are at it, as indeed New Zealand’s coach Steve Hansen was on Saturday night, immediately after the big win over France. He expects the Boks to be tough opponents, but he also likes Heyneke Meyer and regrets that he can’t sit down to a dinner with him this week over a bottle of wine etc etc.

Perhaps it is the New Zealanders’ ploy to stunt the anger which they used to feel drove the Boks and inspired the physicality which is so important to their game. But there does seem to be genuine respect between the teams, with All Black centre Conrad Smith joining the chorus by labelling the Boks the “ultimate” opponents for the Kiwis.

It makes sense too. Although the All Blacks win much more often against South Africa than South Africa wins against them, over the past 10 years, in other words since 2005, the Boks have managed to win eight games (two under Jake White - who also won one in 2004 - five under Peter de Villiers, one under the coaching of Heyneke Meyer), which is nearly three times as many victories as any other country has managed in that period.
Read more on SuperSport.